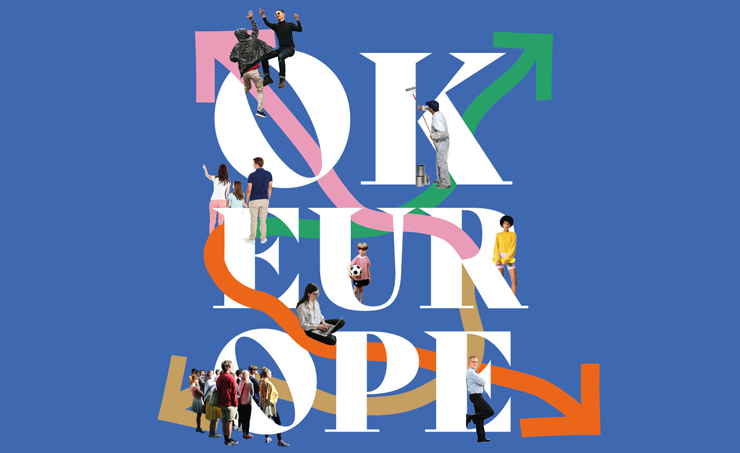 What does it mean to be “European”? How can we draft an agenda of priorities for a long-term European project to reclaim the concrete and farsighted policies of a truly shared European home?

Here are the results of the four workshops

How to rebuild a dimension of trust in a vision for Europe? How to promote a political project of integration? Gaps and trends of social injustice in the territories, economies in crisis and unable to generate widespread wealth, poor and increasingly polarized employment, the emergence of national and nationalist movements within a climate of progressive distrust towards traditional parties. These are just some of the main challenges facing Europe.

What are the social priorities we should focus on for the defence and evolution of European society in a time of geopolitical and economic transformations that, if left ungoverned, risk undermining the values of inclusion, pluralism, equity and solidarity of our liberal democracies?

The Ok Europe programme, with participants representing local institutions in dialogue with keynote International speakers, compares the experiences of at least five distinct major cities – Milan, Barcelona, Berlin, Paris and Brussels – for drafting an agenda of priorities for a long-term European project to reclaim the concrete and farsighted policies of a truly shared European home, a bulwark of democracy. So that we can say: “Ok, Europe has the energy for a courageous leap of political transition that can assist in redrafting the pact that binds its citizens to their individual destinies and to a renewed relationship of stability and trust with European institutions”.

→ Read the survey by Lorenzo Manfregola

Citizens / Institutions
WHAT KIND OF EUROPE BETWEEN TECHNOCRACIES AND POPULISM?

→ Read the survey by Vincenzo Genovese

People / Machines
WHAT KIND OF EUROPE FOR WORK AND RIGHTS?

→ Read the survey by Danilo Ceccarelli

City Center / Suburbs
WHAT KIND OF EUROPE FOR CITIES?

→ Read the survey by Elena Ledda