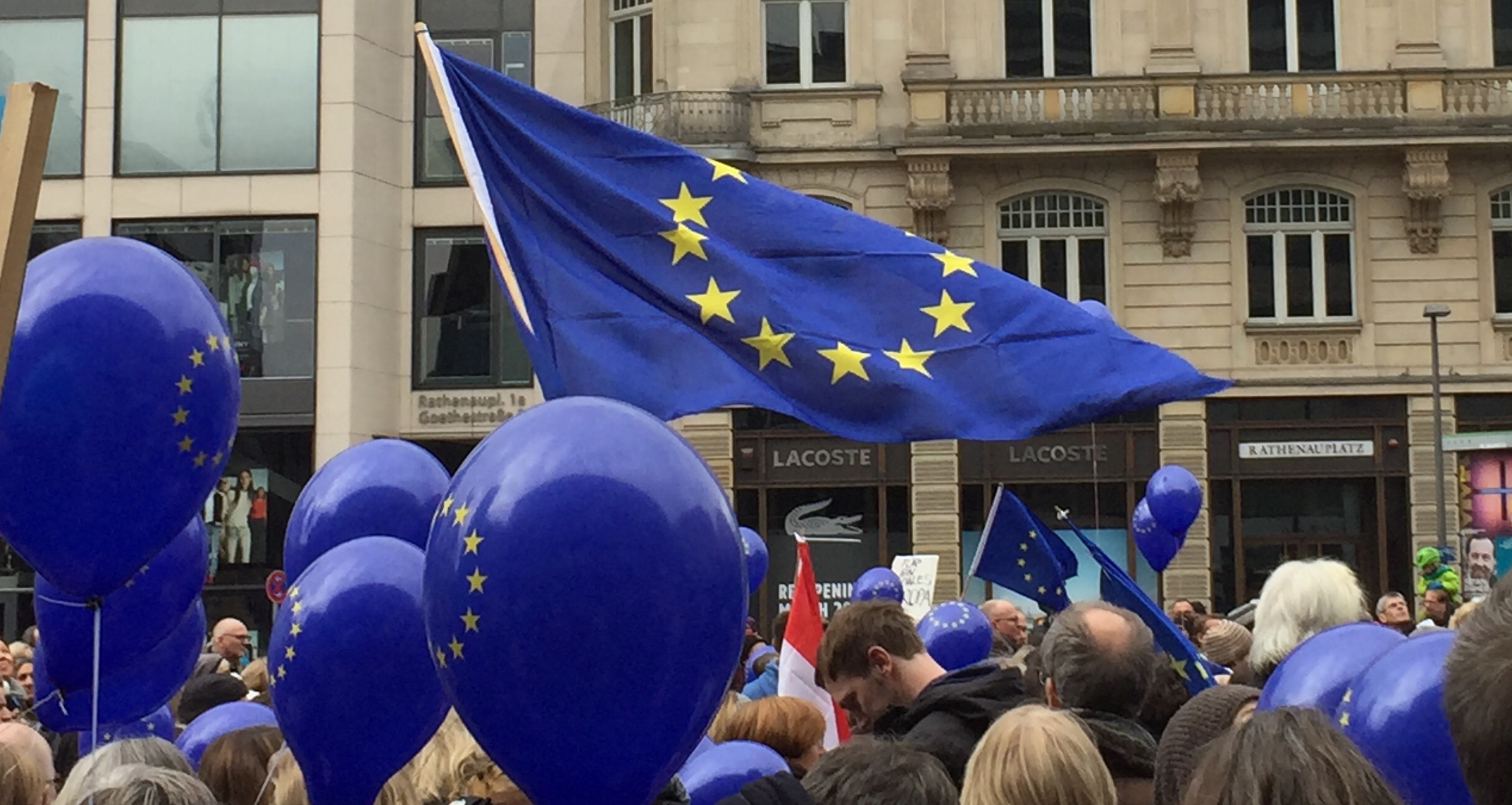 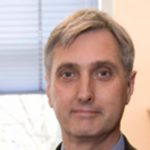 1. The miraculous return of the welfare state

Almost overnight, annus horribilis 2020 ushered in a major reappraisal of the European welfare state. In March 2021, exactly one year after the Coronavirus outbreak was declared a pandemic, an article in The Economist described the COVID-19 fiscal stimulus packages as the greatest expansion of the welfare state ‘in living memory’, making ‘even the interventions of the global financial crisis look like minnows’.

The pandemic strengthened the importance of robust, well‑functioning welfare states in helping individuals, families, and communities weather external and unpredictable threats to their lives and livelihoods.

Across Europe, the initial response to the pandemic and associated economic fallout was far more vigorous at both the EU and Member State level than at the time of the Great Recession and the European debt crisis. Since the onset of the pandemic in early 2020, European governments have invested in extraordinary (and extraordinarily costly) emergencymeasures –

from cash transfers to support households’ and companies’ liquidity, to massive short-time work schemes to save jobs, to sizeable public investments to rekindle economies. By the summer of 2020, EU institutions and Member States agreed on the largest stimulus package ever financed by the bloc, amounting to 1.8 trillion euros in funding and including NextGenerationEU, a temporary recovery instrument of 750 billion euros.

In the European public consciousness, the Great Recession has come to be inextricably linked with austerity. Yet there is another side to the story. Evidence shows that the so-called Keynesian-Beveridgean welfare state (in a nutshell, the standard overarching model of European welfare states after the Second World War, with an emphasis on social protection and based on compulsory social insurance) proved critical in absorbing the global credit crunch. By protecting household income throughout the recession, it prevented consumption from dropping too harshly, thus cushioning economic recession. Additionally, the measures taken by many advanced political economies to temporarily expand welfare allowed them to save jobs and skills.

To be sure, not all European welfare states performed equally well.

The most deep-pocketed and inclusive ones, especially in countries in northern and western Europe (such as Austria, Denmark, Finland, Germany, the Netherlands, Norway, and Sweden), were able to protect people’s livelihoods while at the same time stabilising national economies. In contrast, Mediterranean states such as Greece and Italy, with their more segmented welfare states (i.e., regulating access to benefits based on membership in occupational or social groups, rather than based on needs or rights) were less successful. To this day, many ‘big’ welfare states in continental and northern Europe are able to reconcile the world’s highest employment rates with comparatively low levels of inequality, as shown in Figure 1, showing that social protection and economic recovery objectives can go hand in hand – even in times of economic and social hardship.

Reconciling economic prosperity and social cohesion relies not simply on the quantity but in particular on the quality of welfare spending. The alternative to belt-tightening is not a spending spree, but rather long-sighted social investment. Already since the late 1990s, a fair number of welfare states in Europe have moved away from a predominant, reactive focus on financial ‘safety nets’ that protect individuals during periods of unemployment and illness, towards investing in people’s human capital and employability, far beyond moments of social and personal misfortune, to drive growth and competitiveness in advanced knowledge economies and aging societies. A central component of the social-investment approach is ‘stepping-stones’: policies and services that help individuals navigate transitions in their life course which could otherwise threaten their employment and career prospects (see Box 1). Stepping-stones are the linchpin in the synergy between economic productivity and social equality on which social investments are based.

For example, parental leave allows individuals to bridge periods of work and family life; access to lifelong learning prevents skill depreciation and job losses; and minimum-income benefits work as safety nets to help people weather spells of unemployment. Stepping-stones can take a variety of forms. Early investments in children through high-quality early childhood education and care can translate into better levels of educational attainment and, in the medium term, higher-quality and more productive employment. Investing in lifelong education and training is also likely to produce important returns in terms of career prospects, social mobility, and productivity, as technological change will continue to increase labour market demand for workers with higher skill levels. Meanwhile, against the backdrop of increasingly fluid family structures, policies aimed at improving work-life balance – such as publicly available child care, adequate leave, and gender equity policies – can lead to lower gender gaps in wages and employment, protecting households against worklessness and poverty.

Aimed at preventing the downward spiral of cumulative disadvantage, social investments may even turn into a virtuous cycle: a positive ‘life-course multiplier’ that, exploiting the synergies between education, employment, gender equity, and social participation, generates a virtuous cycle of well-being (see Figure 2).

At the micro level, this life-course multiplier can benefit individuals and households by promoting their career development, social mobility, and resilience to individual setbacks as well as wider economic transformations and shocks. At the macro level, it can lead to cumulative gains for advanced knowledge economies as a whole, thanks to improved productivity and employment, lower gender gaps, and reduced intergenerational transmission of inequality.

Evidently, the global financial crisis and the austerity-driven response to it marked a setback in social investment maturation and policy diffusion. For this reason, it is too early to tell whether the pandemic will, once more. reinforce social-investment reform. Arguably, the July 2020 European Council agreement allowing the Union to borrow in the markets to fund crisis-related expenditure and the subsequent establishment of NextGenerationEU, a temporary, 750-billion-euros instrument to promote recovery, represent an important leap forward in EU solidarity.

The Recovery and Resilience Facility – the core element of NextGenerationEU, endowed with almost 90 per cent of the initiative’s funding – emphasises public investment and reform in key areas such as education and skills, health, employment, and economic, social, and territorial cohesion.

Promising signs in many national RRF plans seem to point to a new phase of maturity for social investment in Europe, based on policymakers’ acknowledgement that austerity has run its course economically as well as politically. As exemplar precursor, the ‘Cure Italy Decree’ from March 2020 – the first of several decrees aimed at responding to the pandemic with emergency and stimulus measures – introduced, among other things, a cash allowance for self-employed workers that was accessed by 2.8 million people within the month. It also launched several measures to support families, including babysitting vouchers and reinforced parental-leave and remote-working rights for employees, and it increased funding for schools to improve digital innovation and distance teaching. 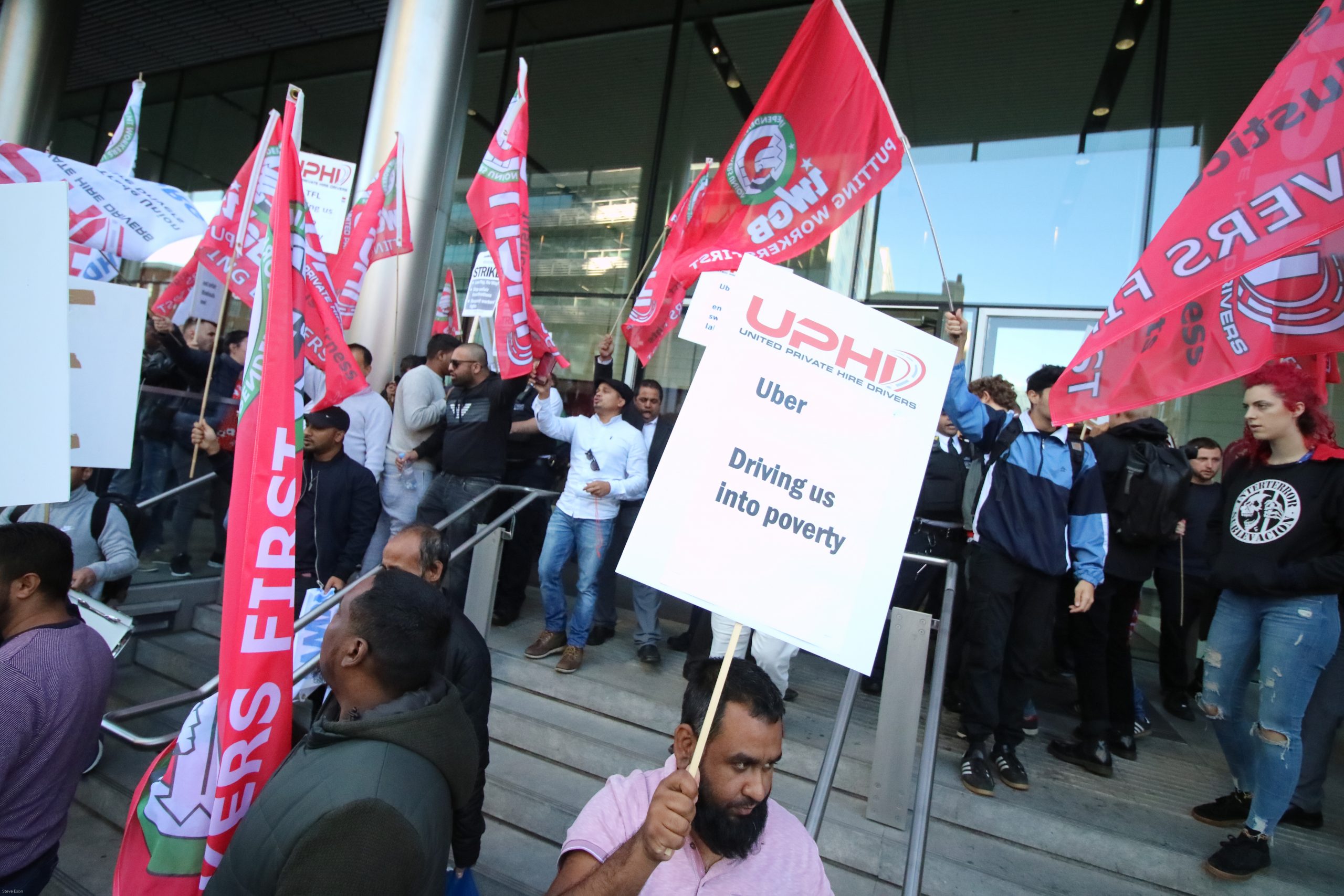 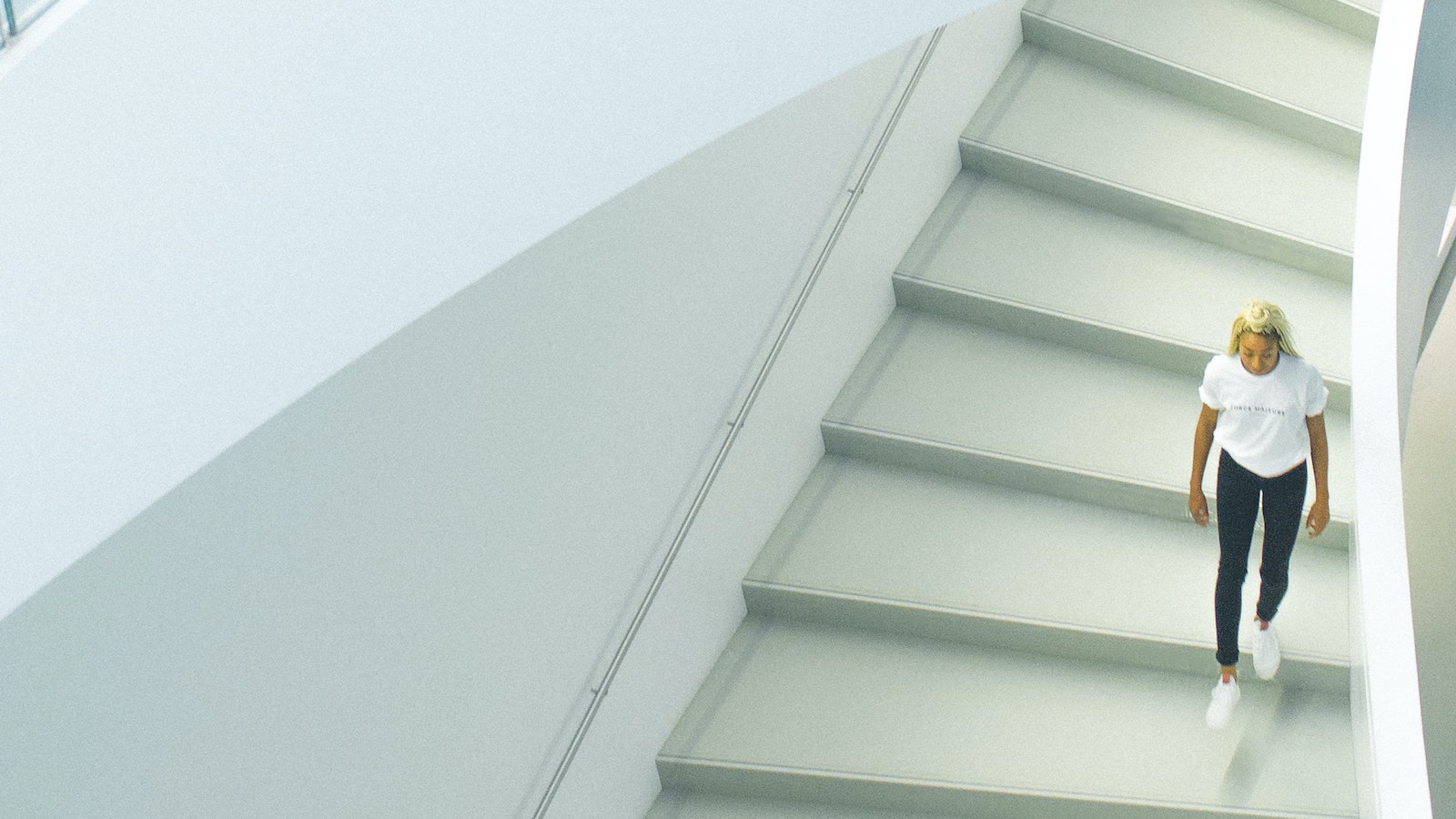 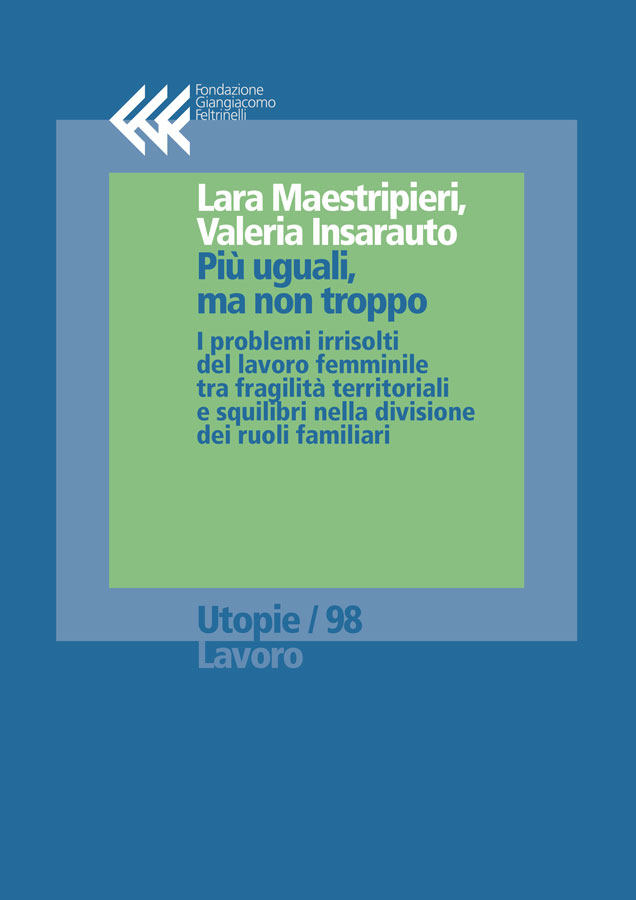 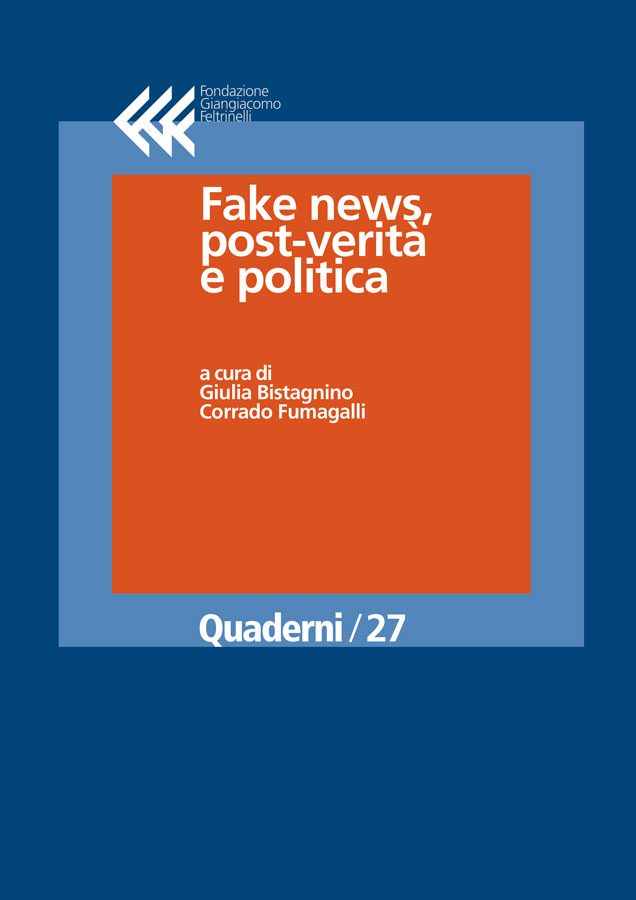