The mid-way point: Meeting in between top-down and bottom-up approaches 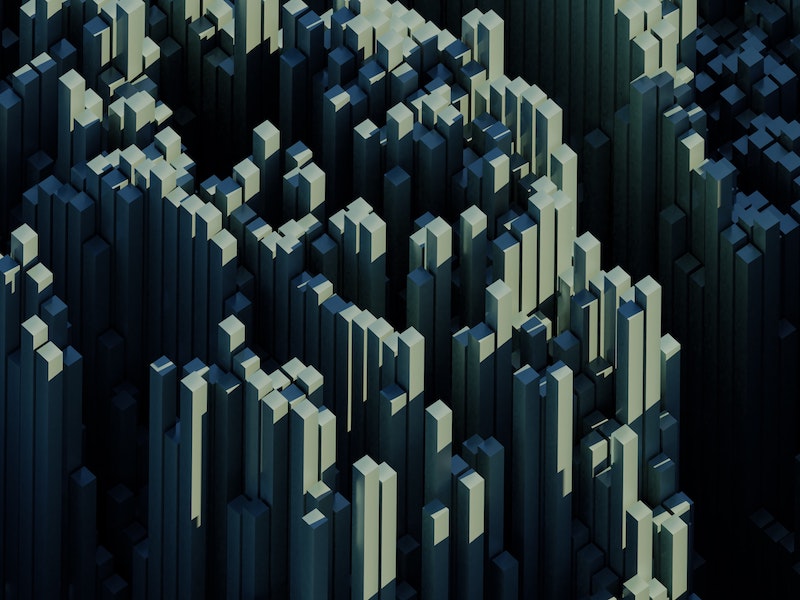 During the two-day workshop, the table on Participation, Digital Innovation, and Co-design of Territories discussed various practices and experiences on these specific topics to formulate a proposal in which participation and co-design become an opportunity to empower people and rebalance inequalities among inhabitants and among territories.

Each group member presented case studies we have been involved in, or cases that we consider innovative and that are challenging current approaches to co-design processes, participation, and developing new innovative tools. Some of the key remarks mentioned during these presentations were: 1) participation is not a project, but rather a process, 2) the crucial importance of developing engaging ways of participation that respond to local needs and dynamics, 3) tools and mechanisms used for participatory processes should empower cooperation over competition, 4) municipalities need to be more interactive and move to user centered design approach and to providing feedback to ideas presented by citizens, 5) building trust among citizens should be an important goal of participation, 6) these processes are opportunities for creating intergenerational relations and connect people of different cultural backgrounds, disciplines and visions, 7) participatory processes generate loads of data and knowledge and require resources to processes and transfer it, 8) the temporality in participatory processes often translates into lost resources and in processes without a follow-up phase or a long-term vision, 9) education and knowledge sharing should be a component during these processes, 10) co-design is an act of recognizing a plurality of inhabitants and different ways of inhabiting, 11) to think of the inhabitant who is not there yet, on who will come next.

With these remarks in mind, we collectively embarked on generating ideas for a proposal. Some of the key aspects of this discussion centered on avoiding proposals that could create new types of exclusion. For instance, digital tools can be both an opportunity for innovation but riskbeing unaffordable to inhabitants with limited access and knowledge of digital instruments. For this reason, the solutions discussed looked at how to enable collaboration among citizens and groups, and solutions that can have a visible and physical presence in the territory. Another aspect central to the discussion was the idea of re-balancing power and the importance for communities to have representation during the entire process, especially during the decision-making stages. Considering these aspects and triggered by the panel with Filipe Araujo, Isabelle Anguelovski, Nadine Galle, and Marco Ranzato, the group defined the idea of meeting mid-way or in between. Traditionally, processes in cities have used a top-down attitude and lately, bottom-up approaches have emerged as a powerful alternative for more inclusive processes. Our proposal aims at creating a Space, in-between these approaches, where co-design processes and collaborations are enabled. The proposal aims at reinterpreting the role of the public administration which has often relegated itself to a mere facilitator of participatory processes. The groups and territories prioritized in our proposal are the most vulnerable ones or all those often excluded from decision-making. Working in this interstitial space (mid-way point) is for us the opportunity to explore this new dimension, to regulate top-down approaches and encourage bottom-up approaches by channeling the necessities of local inhabitants into project design and implementation.

We propose the creation of a Participatory District, both as a place and a system. A place in the form of a physical community hub and a digital platform, and within a larger citywide system of participation. A system that transforms the notion of Participation from a step or a consultative meeting to an actual process with a robust cyclical structure made of inputs – actors – tools – resources – relations – outputs. These are further exemplified in the following paragraphs.

Embracing the true meaning of commons, we envision the District to be a local dynamic space for public debate, for assembly, a place of community representation, for preserving the history and memory of territories and their people, for collecting and building data, and in general to become the heart of each community, a place for encounters between different actors that nowadays are not communicating.  We heavily discussed the importance of having a governance system based on the idea of interaction as an organizational device that could enrich the existing democratic system within public administrations. We want to avoid creating parallel administrative systems, but rather dynamizing and opening up the existing ones. In this sense, we propose that all processes channeled through the District must involve representatives of five groups which we have identified as main actors. We are calling them The 5 Pillars or Random Five, and stand for the number of representatives and the random democratic mechanism used for selecting them from the following groups: 1) Public administration, 2) Non-profit organizations, 3) Citizens, 4) Universities and action-research groups, 5) Small local enterprises.

Together, representatives of these five groups would work through a formal agreement, assisted by Community Organizers that have the task of strengthening participatory processes and engaging citizens to join and act. The District should be a place for interaction and exchange with the public administration and a ground for testing and improving tools and models that are constantly taking action to rebalance inequalities. We discussed some additional ideas such as placing the first Districts in the most vulnerable areas of cities or territories and in creating special economic zones to empower vulnerable groups. Each District should adapt to site-specific needs for creating policies that directly target those needs. A District could also be located strategically at the borders of two administrative areas for creating more cohesive actions. It could also enrich and channel existing municipal programs such as participatory budgets, design competitions, or other types of calls and forms of resources distribution. Finally, and responding to the feedback received from Ricky Burdett, these Districts should form a network to raise the knowledge built at the local level, in order to enrich and contribute to the larger city and regional issues and for the creation of wider planning tools.

We also identified other types of actors that should be involved and play a specific role. For instance, schools, tenants and owners’ associations, and larger companies with a direct interest in the specific area, could form a larger assembly. Moreover, service designers, facilitators, and community organizers that have a strong relationship with the local community could play a key role in carrying forward the process especially after the implementation. We are aware that these processes involve a lot of people and are often “emotional” as Francesca Gelli defined them during her intervention at Broken Cities Camp. We also discussed that these processes cannot be led exclusively through goodwill and in the form of volunteer activities. They need to be rather formal processes with economic resources allocated to involve the best and most interested people that want to lead and push forward the best initiatives for their communities and cities.

We identified two types of resources, some needed to carry forward this proposal and others that will be generated by this process (outputs) and that will become part of the legacy of the community and its inhabitants such as knowledge, data, time, social capital, relationships, and emotions. On the other hand, among the resources needed are a physical space in the neighborhood, preferably an existing place that is open to all and that can integrate various functions within it. Furthermore, we highlighted the need for a digital platform powered by open-source software that integrates innovative Information and Communication Technologies. Beside the economic resources, it is crucial to have a financial plan, a regulatory system, and various types of competencies to support the entire process through figures (human capital) with knowledge and skills on administration, cultural mediation, advocacy, legal counseling, finance, academic research, history and collective memory, operative monitoring, project management, service design, and communication.

This ambitious proposal is the result of an intense and creative discussion among young researchers, activists, public employees, and professionals who have enough experience to still be optimistic that our collective actions and efforts can produce alternative models of building the cities of today and tomorrow.

There were several case studies presented, in many of which the participants themselves have played a key role and which explore a rich variety of issues such as community engagement, tools, and technology, partnerships and alliances, inequality, inclusivity, capacity-building, among others and within a wide spectrum of scales and possibilities in which participatory processes and co-design exist in the planning of territories. Below, I will highlight some of the case studies which were presented:

Fragile Alliances: Municipalism and the Commons in Amsterdam is a report that explores the terms “municipalism” and “the commons” within Amsterdam. The objective is to evaluate these terms as alliance-building tools and new forms of re-politicization.

Presidio Partecipativo is a pact between the local administrations and a network of dozens of associations and individual citizens of the Simeto River Valley in Sicily. Together, through a shared governance system, various actors have been working since 2015 to promote a plan for the sustainable development and protection of this Valley’s ecosystem and communities that inhabit it.

IAQOS Ancona and AI4future are projects that involve Artificial intelligence to engage communities through an interactive and visual process with tangible outputs. IAQOS was carried out in Ancona while AI4future involves communities, activists, and artists in Barcelona, Cagliari, Milano, and Rotterdam.

DIG: Disaster Imagination Game through the initiative Children’s Map Contest for Community Safety is an interactive activity in which children, together with family members or guardians, residents, and teaching staff describe through maps their perception of safety and security of their local areas. The objective is to raise awareness on safety and security within communities, starting from the most vulnerable members.

Neighborhoods NOW is a program that focuses on New York neighborhoods suffering from “public disinvestment” and which were severely affected by COVID-19. A process that connected design practitioners with local restaurants and shop owners to provide pro-bono services to re-design their spaces and benefit from programs such as Open Streets and Open Restaurants.

Punto Luce is a program located in the Genovese neighborhood of Sestri Ponente which focuses on fighting against youth exclusion. It is aimed at children and young people between 6 and 16 years old to actively engage them in free activities such as photography, theater, food education, and other types of workshops including responsible use of web and social networks. Over 700 families have benefited from this initiative that encourages the creation of intergenerational bonds.

The social agricultural innovation project for Nilde Iotti Park in Reggio Emilia is an example of building community through social agriculture. It aims at developing a model of sustainable agriculture that, through a local economy model built on solidarity, is able to give new life and form to this park.