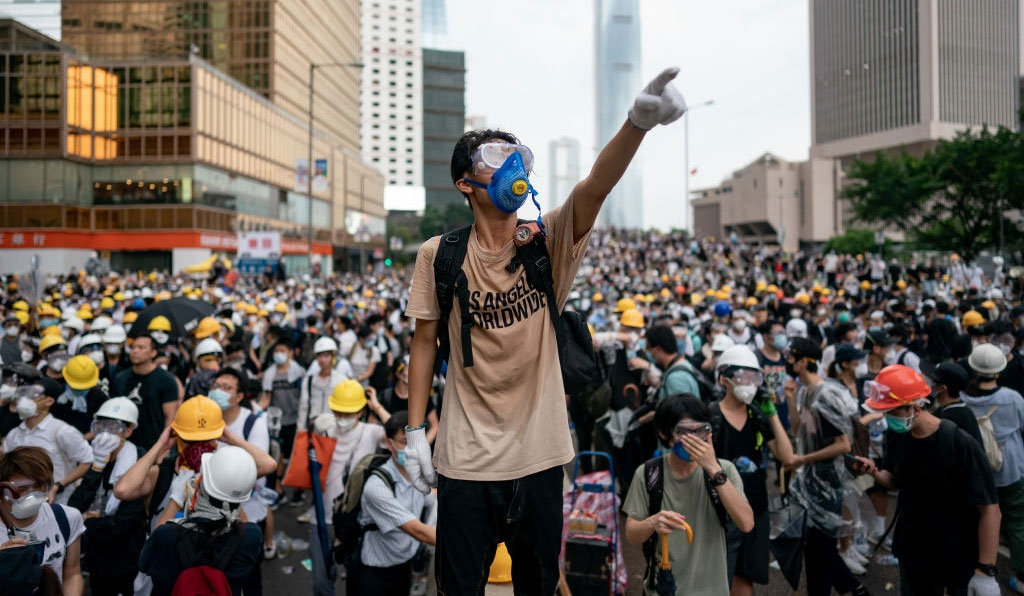 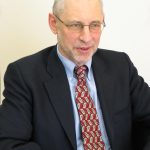 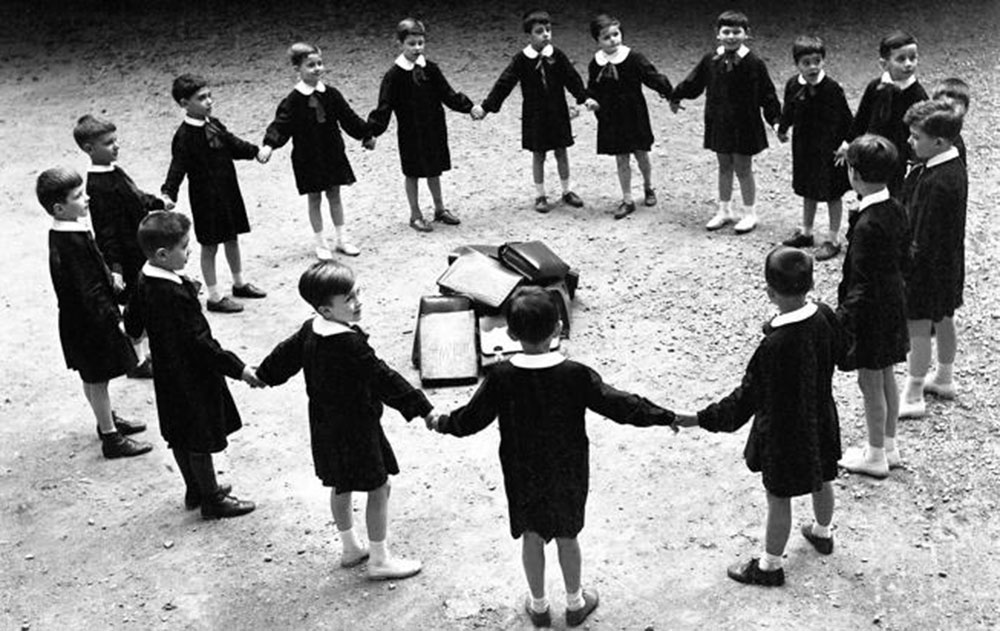 Over the three decades since Tiananmen, the country has enjoyed rapid economic growth and social modernization, while maintaining political stability and, according to most public opinion surveys, high levels of popular support.[1] After 2012, the supreme leader Xi Jinping built up the Chinese military, seized a strategic position in the South China Sea, and expanded Chinese global influence through the Belt and Road infrastructure investment program. Occurring at a time of crisis in the West, China’s success has revived the use of China as a symbol of what is wrong with the West. 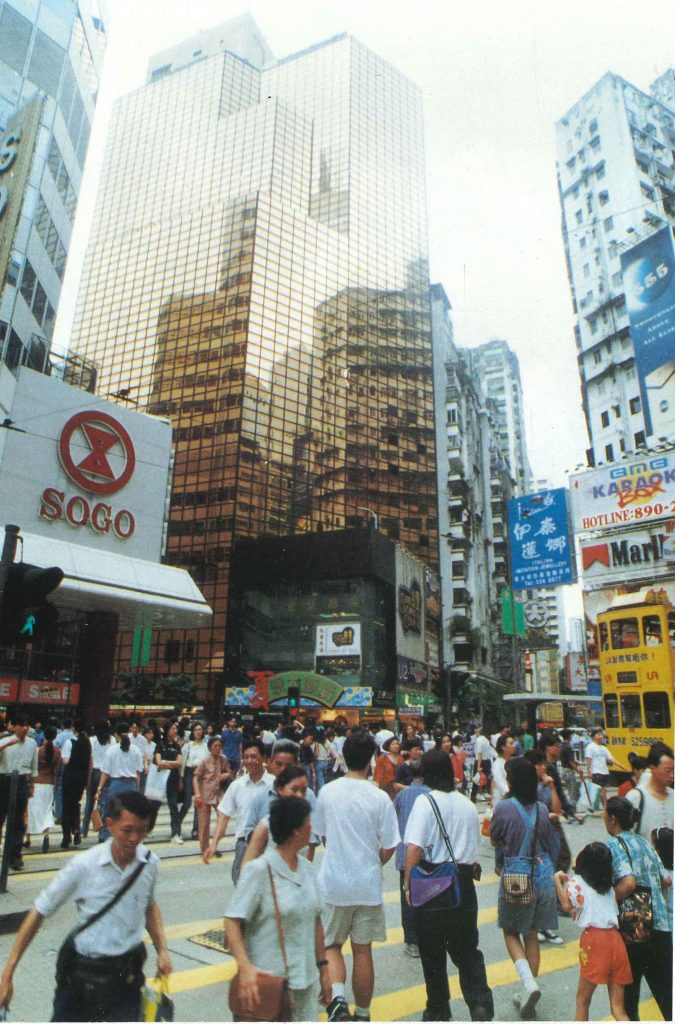 The China symbol in Western thought today has two aspects, one economic and the other political. On the economic side, critics of the so-called Washington Consensus have portrayed China’s state-led growth model as a superior alternative to the small-government, big-market model promoted by the World Bank, the International Monetary Fund, and Western aid administrators. Joshua Cooper Ramo, in a 2004 paper called “The Beijing Consensus,” wrote, “What is happening in China at the moment is not only a model for China, but has begun to remake the whole landscape of international development, economics, society and, by extension, politics.”[2] (…)

China in the Western critique of liberal democracy. Of central interest in this essay is the use of the China model to give fresh impetus to several long-standing criticisms of liberal democracy in Western political thought. One such critique is the argument that liberal democracy is ungovernable. The 1975 report of the Trilateral Commission on “The Crisis of Democracy” found that the attempt to make citizens politically equal and encourage participation leads to four dysfunctions: delegitimation of authority, excessive demands on government services, the multiplication of interest groups and fragmentation of political parties, and the rise of nationalist parochialism in foreign policy. As the report stated, while “[t]he demands on democratic government grow,… the capacity of democratic government stagnates.”[3] Mid-century democratic theory proposed to answer this problem by cultivating deferential citizens who would participate to only a minimal degree.[4] The paradigm-setting The Civic Culture by Gabriel Almond and Sidney Verba found that democratic systems were most stable where citizens, although formally free to participate, knew and cared relatively little about politics.[5]

A recent expression of this position that brings China into the argument is found in Francis Fukuyama’s two-volume study of political order and political decay. Fukuyama worries that Western democracies have become excessively democratic and lack the ability to provide political order. China serves to illustrate the alternative, a state that is both modern and effective. Fukuyama argues that the Chinese built “the first modern state” as far back as the third century B.C. and that contemporary China has rebuilt this highly capable state. While the West is suffering from political disorder, the Chinese system knows how to sustain order.[6]

The book was widely interpreted as praising the benefits of authoritarian rule. But Fukuyama later drew a distinction between the theoretical Chinese state as he described it in his book and the actual Chinese state in practice. In an essay intended to clarify his argument for Chinese readers, he wrote that his theory is not only about the strong state but about its relationship with two other sets of institutions – those that provide rule of law and those that provide political accountability. “[A] legitimate and well-functioning political system,” Fukuyama wrote, “needs to have all three pillars in place, operating in proper balance.” The Chinese system as it is structured today, he continued, “is unbalanced, with insufficient constraints on executive power,” and vulnerable to what he called the “bad emperor problem,” the risk that an all-powerful ruler will use power for bad ends.[7] 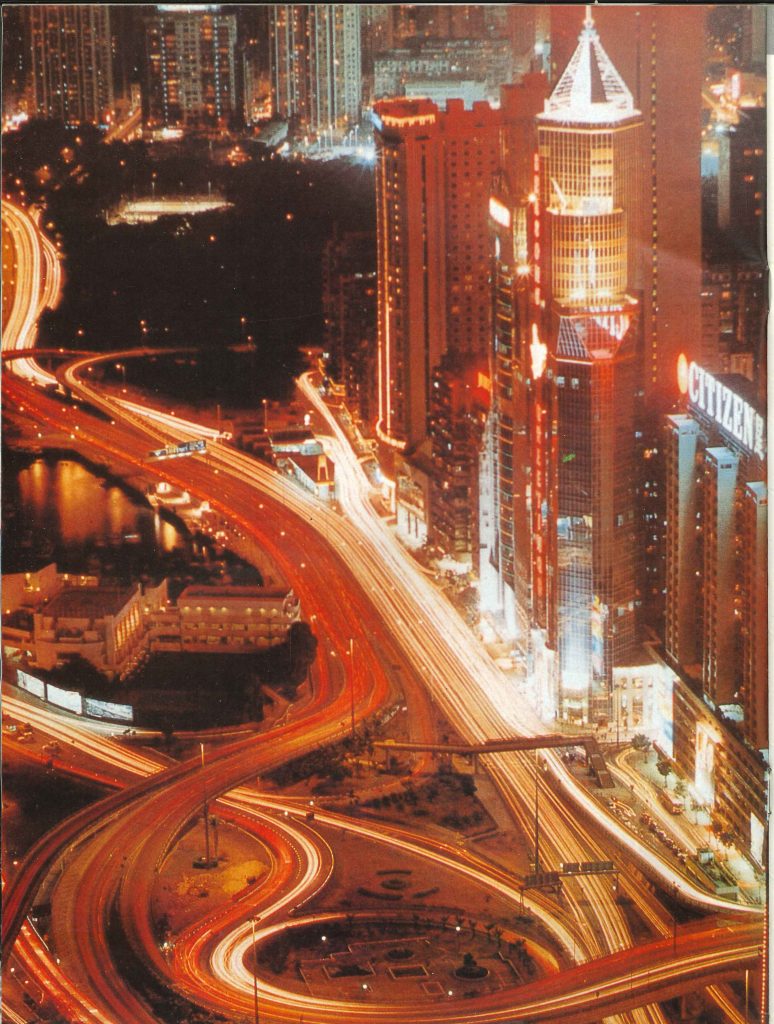 A second longstanding critique of liberal democracy within Western thought exposes what it considers the liberal myth that all citizens in a given political society share a common interest (…). This critique argues that the myth of shared interest encourages citizens to ignore irreconcilable conflicts that objectively exist. For the left, drawing from Karl Marx, these are class conflicts, with the liberal myth enabling the exploiting classes to persuade the exploited classes that exploitation is natural and fair. For the right, for example Carl Schmitt, they are conflicts of nation and race, with the liberal myth wishing away such identity conflicts by pretending to resolve them through the unbiased mechanism of law. Schmitt called this “neutralization and depoliticization.”[8]

A recent version of this critique deploying the China model comes from a set of authors, commonly labeled the “Chinese new left,” who write primarily for Chinese audiences, but also for Western readers.[9] These authors are influenced both by Marx and by Schmitt, who has enjoyed a recent Chinese vogue. (The attention to Schmitt is partly attributable to the fact that Schmitt himself drew on the image of China in one of his late works to reinforce his critique of liberalism. In an essay called “Theory of the Partisan,” Schmitt praised then Chinese leader Mao Zedong for going beyond even Clausewitz and Lenin in combining racial, class, national, and internecine enmities into an “absolute enmity,” which made Mao’s revolutionary insurgency deeply political or, as Schmitt put it, “telluric.”[10])

When writing for Chinese audiences, the Chinese new left aim their criticism at two targets: the Chinese regime for pursuing a Western-style modernity that is insufficiently autonomous and progressive; and Chinese liberals for adhering to foreign ideals of constitutionalism, democracy, and human rights. When writing in or translated into English, these authors merge their work with the long-standing Western critiques of liberalism as fostering an illusory depoliticization of irreconcilable issues of class and identity. A leading Chinese new leftist, Wang Hui, writes in one of his works translated for Western audiences, “[A]t the heart of the crisis of contemporary democracy is the crisis in party politics, which is the result of the historical process of depoliticization.”[11] The potential – if not yet fully realized – existence of an alternative Chinese modernity constitutes a challenge to the hegemony of liberal values. Xudong Zhang, for example, a professor of comparative literature and East Asian studies at New York University, writes:

… a “Chinese alternative” is a discursive-political device by which to focus on the crucial differences between developed bourgeois socioeconomic and cultural systems and societies and forms of life still in the process of being transformed by them. The search for an alternative means a refusal to take the Eurocentric notion of modernity as modular or universal; it is an effort to analyze and break the colossal and often mythologized categories – capitalism, market, modernity, democracy, etc. – to see them as bundles of historical contingencies which can be selected and reorganized under different historical, social and cultural circumstances….The discourse of alternative provides an imagined position from which to question the universal claim of the neoliberal horizon….[12]

The new leftists acknowledge that the problem of depoliticization affects China as much as the West, as regimes on both sides are ruled by technocratic power structures mindlessly pursuing a flawed form of modernization. By their own account, their discursive device of an ideal China is not the actually existing China, at least not yet.

8 “The Age Of Neutralizations And Depoliticizations” in The Concept of the Political, Expanded Ed., George Schwab, Trans. (Chicago: University of Chicago Press, 2007), pp. 80-96.

9 For a sociology of the Chinese New Left and their debates with Chinese intellectual group known as “liberals,” see Junpeng Li, “The Making of Liberal Intellectuals in Post-Tiananmen China” (Ph.D. Dissertation, Columbia University, 2017). Some members of the group reject the label. 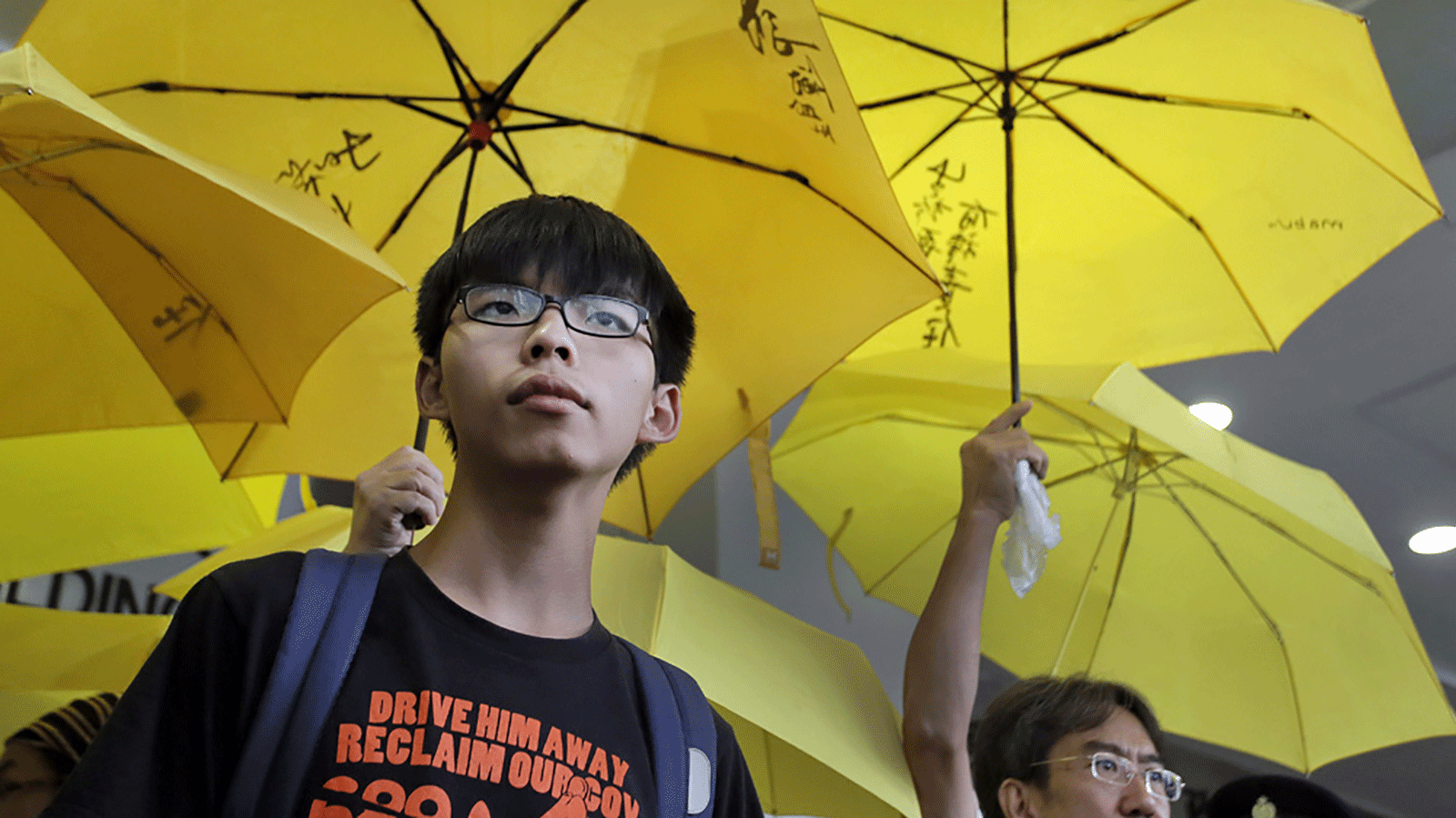 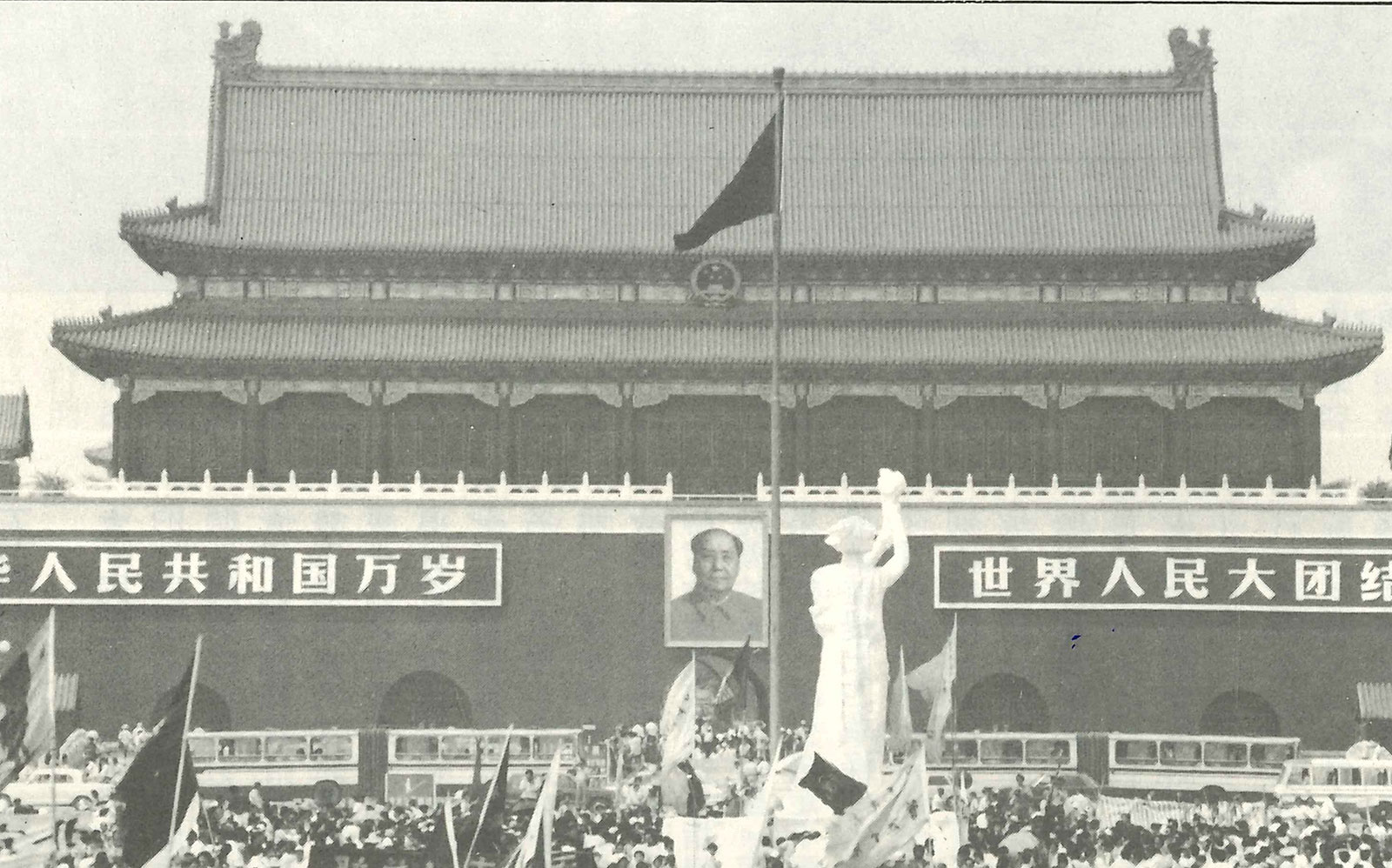