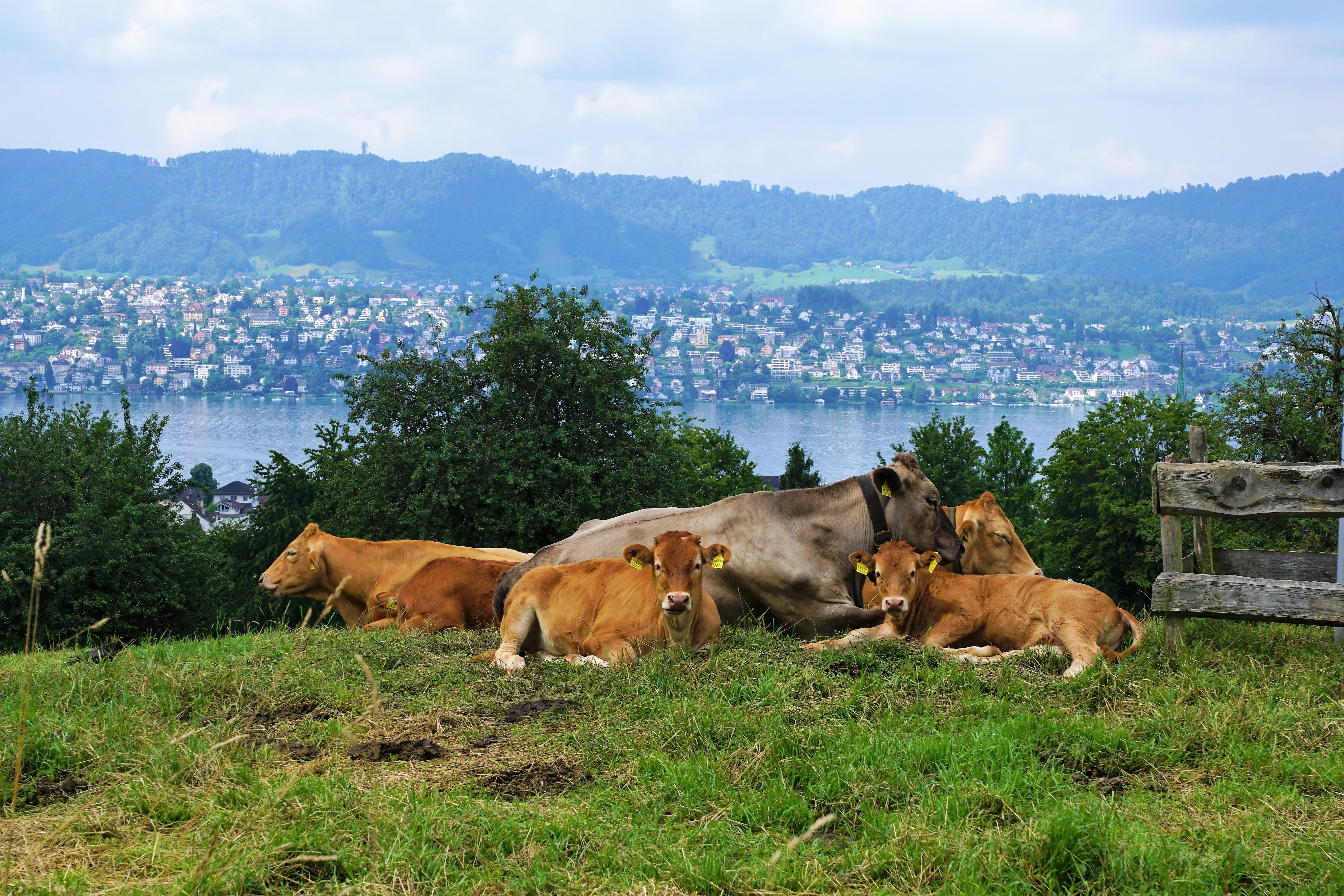 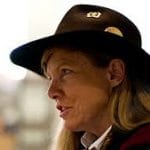 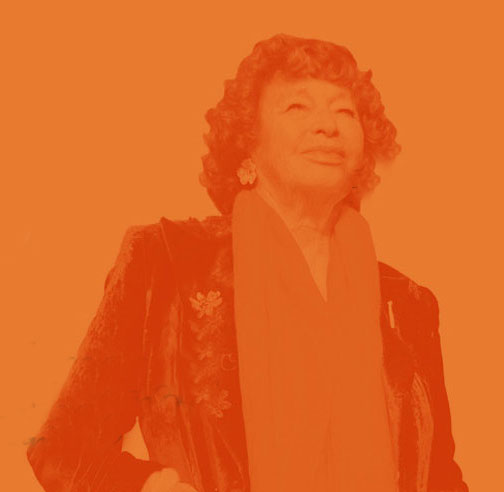 Humans think we are here because of our big brain. We’re not. Humanity, and the rest of life as we know it is here because of six inches of soil and the fact that it rains.

Yet the way we are producing food now is endangering the survival of life, as we know it.

Industrial agriculture is energy intensive. In 1940, we produced 2.3 calories of food for every calorie of fossil energy we used. It now takes 10 calories of fossil energy to produce 1 calorie of nutrition.[i] Our food system is wasteful: for every two tonnes of food consumed another tonne is wasted in production, manufacturing or retail. Eliminating just a quarter of that waste would free enough food to feed humanity.[ii] It is also water intensive, using 70% of fresh water withdrawals globally.[iii] By 2050, feeding a planet of 9 billion people will require a 50 percent increase in agricultural production and a 15 percent increase in water withdrawals, in a world that is water short.[iv] Already, more than 33 countries around the world face potential social unrest due to spikes in food prices.[v]

Much of the world’s soil is eroding. One-third of the world’s cropland is now losing topsoil at a rate that reduces its productivity. At this rate, FAO says, we have 60 more harvests left before the soil runs out.[vi]

Collectively, this is a recipe for failed states. The world is one bad harvest away from famine.[vii] In 2010, the massive European heat wave decimated the Russian wheat crop, leading to food shortages around the globe, and inciting the food riot in Tunisia that kicked off the Arab Spring. This, plus the ravages of climate change across Africa, led to the civil war in Syria,[viii] and to the flood of refugees now crashing against Europe.[ix] There are 68 million humans on the move, fleeing climate chaos, failed crops, religious intolerance, ethnic strife and war.

Climate change endangers agriculture and is, itself, worsened by industrial agricultural practices. Climate change is driving fires across Europe, from Greece to Southern Italy to Sweden and across the U.S. and cutting harvest yields.[x] Extreme weather from “bomb cyclones” is costing the U.S. agricultural sector billions of dollars.[xi] Unprecedented cyclones like Idai and Kenneth have killed more than a thousand people in Mozambique.[xii]

What can we do?

A lot. To give concerned citizens, corporate executives and government leaders a playbook of solutions, four of us wrote the book A Finer Future: Creating an Economy in Service to Life.[xiii] It sets forth solutions to most of the worst challenges facing humanity, from climate change to inequality to our current unsustainable system of agriculture.[xiv]

Human survival requires that researchers, institutions and entrepreneurs work together to implement the best answers. No one party can do it alone. Academic research and wide dissemination of best knowledge is critical to counter the mis-information now common. Governments, corporations and NGOs must work together to ensure that unsustainable agricultural practices are rejected and replaced with commitments to ensure a transition to regenerative agriculture. And entrepreneurs are critical to embed the best innovations in products and services and bring these to market.

Time is very short. Recent studies show that we have ten years to implement the climate protection measures necessary to avoid the worst ravages of the climate crisis.[xv] We are losing biodiversity at such an accelerated rate that the great scientist, Dr. Robert Watson, Chair of the UN’s Intergovernmental Science-Policy Platform on Biodiversity and Ecosystem Services[xvi] characterized the crisis as just as serious as the climate crisis.[xvii]

Chapter 10 of A Finer Future focuses on how to transform agriculture from degenerative to a regenerative system. This approach, pioneered by such luminaries as Robert Rodale,[xviii] Allan Savory[xix] and many others, is a whole systems approach to farming that minimizes use of fossil fuels, builds healthy topsoil, and restores integrity to farming communities. The Indian scientist, Dr. Vandana Shiva observes, “Regenerative agriculture provides answers to the soil crisis, the food crisis, the health crisis and the crisis of democracy.”[xx]

Regenerative farming takes carbon from the air and returns it to the soil, profitably rolling climate change backwards. It does this the way stewards of healthy soils have always done it: intensive grazing by animals and site-specific rotations.[xxi] The grasslands of the world are the second largest carbon sink after the oceans. The carbon got there because of the interaction of grazing animals with the grass. Deep-rooted perennial plants took carbon and other nutrients deep into the ground, slowly creating, in the Great Plains of America, Africa and Asia, up to three meters of black soil. That black is carbon, sequestered by mycorrhizal fungi, and other soil life. It improves aggregate stability and water use efficiency, increases the availability to plants of nitrogen, phosphorus and sulfur. Prehistoric plains were home to billions of grazing bison, elk, gazelles, and antelope. The presence of these ruminants, dense packed by predators, is critical to the land’s ability to soak up carbon and be healthy.

Animal agriculture is criticized by environmentalists, but they are wrong. Yes, industrial animal production is inhumane and polluting. Grazing animals emit methane, but when kept on grasslands, bacteria in the grass eat that methane. It is confinement of ruminants in feedlots, creating vast manure lagoons that makes it into a problem. The unsustainability of industrial agriculture does not mean that sustainable agriculture should exclude animals. They are key to creating healthy soil,[xxii] healthy farm enterprise[xxiii] and healthy humans.[xxiv] We’ve just been doing it wrong.

The author used the Savory Institute’s approach of holistic management to restore 1,000 acres of land that was badly eroded, overrun by noxious weeds and severely degraded by decades of mis-management. The new stewards were able to reclaim it, restore wetlands, recover endangered species and return the land to ecological integrity. An abundance of peer-reviewed evidence demonstrates the efficacy of this.[xxv]

One of the best examples is Gabe Brown. A North Dakota commodity corn and soybean farmer, Brown was going broke using industrial agriculture. To cut his costs and preserve his farm, he shifted first to no-till agriculture: he stopped plowing the prairie soil. Inverting soil decarbonizes it, and kills many of the microorganisms that make soil healthy. He then planted a diverse mix of deep-rooted cover crops. These shade and cool the soil, and their deep roots take nutrients from the air and build fertile soil. Then Gabe turned grazing animals out to eat the cover crops, converting them into manure to fertilize his soil. Each of these steps enabled him to abandon the use of fertilizers, herbicides, pesticides and much of his mechanical energy, cutting costs. It also dramatically increased production. Together, these changes have made Brown’s Farm profitable.[xxvi]

It also dramatically increased the carbon content of his soil. Before the changes, his soil had very little carbon content, averaging a little over 1% soil organic matter (SOM). He now has over 11% SOM. Native prairie soil averages 7%. That increase in soil carbon means that Gabe Brown is reversing climate change, and doing it profitably.

Gabe describes his journey from failure to regenerative success in the book, Dirt To Soil: One Family’s Journey into Regenerative Agriculture.[xxviii]

Similarly, Will Harris converted his family’s farm from what he calls “centralization, commodification and industrialization” to “radically traditional farming.”

A recent lifecycle assessment funded by General Mills and conducted by the research firm Quantis[xxix] found that Will’s White Oak Pastures farm is sequestering 100 % of his cattle’s greenhouse gas emissions, and as much as 85% of the farm’s total carbon emissions. Will’s grass-fed cattle production is more than net-zero. His soils have gone from 1% soil organic matter to now 5%, and increasing. Like Gabe, Will has been rolling climate change backwards profitably.

Will’s operation has gone from making $1 million a year to $20 million. His neighbor, a commodity peanut farmer, hires 4 people. Will employs 165 people, making twice the county average. And it shows: the neighboring town of Bluffton, Georgia, once rotting into decay, is now bourgeoning, with refurbished homes and stores.[xxx]

Such success is being replicated across the U.S, in the U.K.[xxxi] Australia[xxxii] and in many other places. There is a growing network of Regenerative Hubs, created by the Savory Institute.[xxxiii] The success of the practice led General Mills, one of the largest food manufacturers in the world to commit to implement regenerative agriculture on a million acres by 2030, and spread it across its supply chain. General Mills stated:

The Company will partner with organic and conventional farmers, suppliers and trusted farm advisors in key growing regions to drive the adoption of regenerative agriculture practices. A contributor to climate change, it is estimated that the global food system accounts for roughly one-third of greenhouse gas (GHG) emissions and 70 percent of water consumption…. Regenerative agriculture is a holistic method of farming deploying practices designed to protect and intentionally enhance natural resources and farming communities. These practices focus on pulling carbon from the air and storing it in the soil in addition to helping the land be more resilient to extreme weather events. General Mills will partner with key suppliers to drive adoption across key ingredients including oats, wheat, corn, dairy feed and sugar beets. [xxxiv]

The soil scientist Ratan Lal has shown that a mere 2% increase in soil carbon on the world’s soils would soak up all human caused carbon emissions. The French government, at the 2015 Paris Climate Summit called for the 4% Solution, using regenerative agriculture to increase soil carbon 4% per year. The best soil scientists believe we can do far more. A team at Tufts University showed that holistic grazing on the world’s grasslands, over 30 years time, could return the world to 280 parts per million concentration of CO2 in the atmosphere, the pre-industrial level.[xxxv]

But can this approach possibly feed the world? Doesn’t the need to double food production by mid century necessitate industrial agriculture? According to UNFAO[xxxvi] and UNCTAD,[xxxvii] the only thing that can feed the world is small-holder organic farming. Today, 70% – 80% of food is produced by small-holder farmers. If equipped with the best agro-ecological knowledge, their yields can increase ten to a hundred fold.[xxxviii]

Scientists from Pavan Sukhdev to John Rockstorm believe that the best way to meet the Sustainable Development Goals is to focus first on feeding everyone on earth, to reconcile protection of biodiversity and to shift agriculture to regenerative practices.[xxxix]

This should come as no surprise to residents of Italy. The slow food movement started in Italy.[xl] The regenerative agriculture that is now finding favor around the world looks very much like traditional Italian farming.

It is also what customers want. Consumer studies show that the restaurant trends favor local production, farm to table production, and sustainable agriculture.

It is what the top chefs are calling for: Emeril Legasse says “I’d like to see a lot more sustainability. Our waters, our rivers and streams are beyond vital…We’ve taken many great steps, but there are still more subtle issues — all the fertilizers we pour onto lawns and the pesticides making things look all pretty and green are also destroying things that are important to life. That has to change.”[xli]

As the book, A Finer Future, which just won a 2019 Nautilus Award shows, we have all the technologies we need to solve all of the challenges facing humanity. It is our job to ensure that we build that Finer Future.

[ii] Lyons, Kate, “Cutting food waste by a quarter would mean enough for everyone, says UN,” The Guardian, 12 August 2015, https://www.theguardian.com/environment/2015/aug/12/cutting-food-waste-enough-for-everyone-says-un

[iv] Cackler, Mark, “We need to grow 50% more food yet agriculture causes climate change. How do we get out of this bind?” The Guardian, 3 July 2015, https://www.theguardian.com/global-development-professionals-network/2015/jul/03/we-need-to-grow-50-more-food-yet-agriculture-causes-climate-change-how-do-we-get-out-of-this-bind

[xvii] Watson, Robert, “Loss of biodiversity is just as catastrophic as climate change,” The Guardian, 6 May 2019, https://www.theguardian.com/commentisfree/2019/may/06/biodiversity-climate-change-mass-extinctions

[xxxi] Join Us in the UK to Learn About Regenerative Agriculture, IFOAM, 15 November 2018,

[xxxv] Calculations can be found at Lovins, et al, A Finer Future, Creating an Economy in Service to Life, p 177. http://ourfinerfuture.com/

[xxxviii] From the Roots Up: How agroecology can feed Africa, Global Justice Now, February 2015, http://www.globaljustice.org.uk/sites/default/files/files/resources/agroecology-report-from-the-roots-up-web-version.pdf 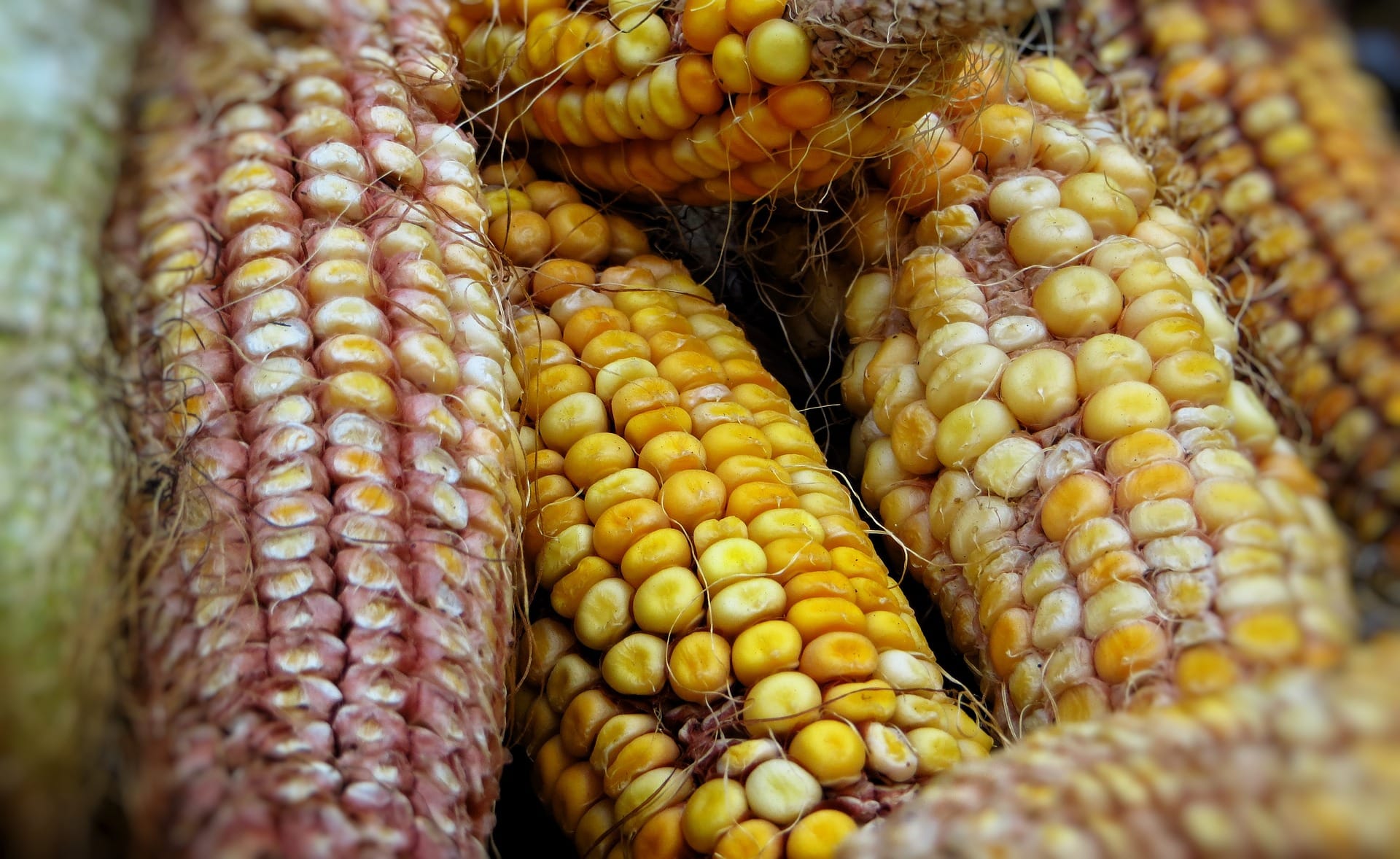 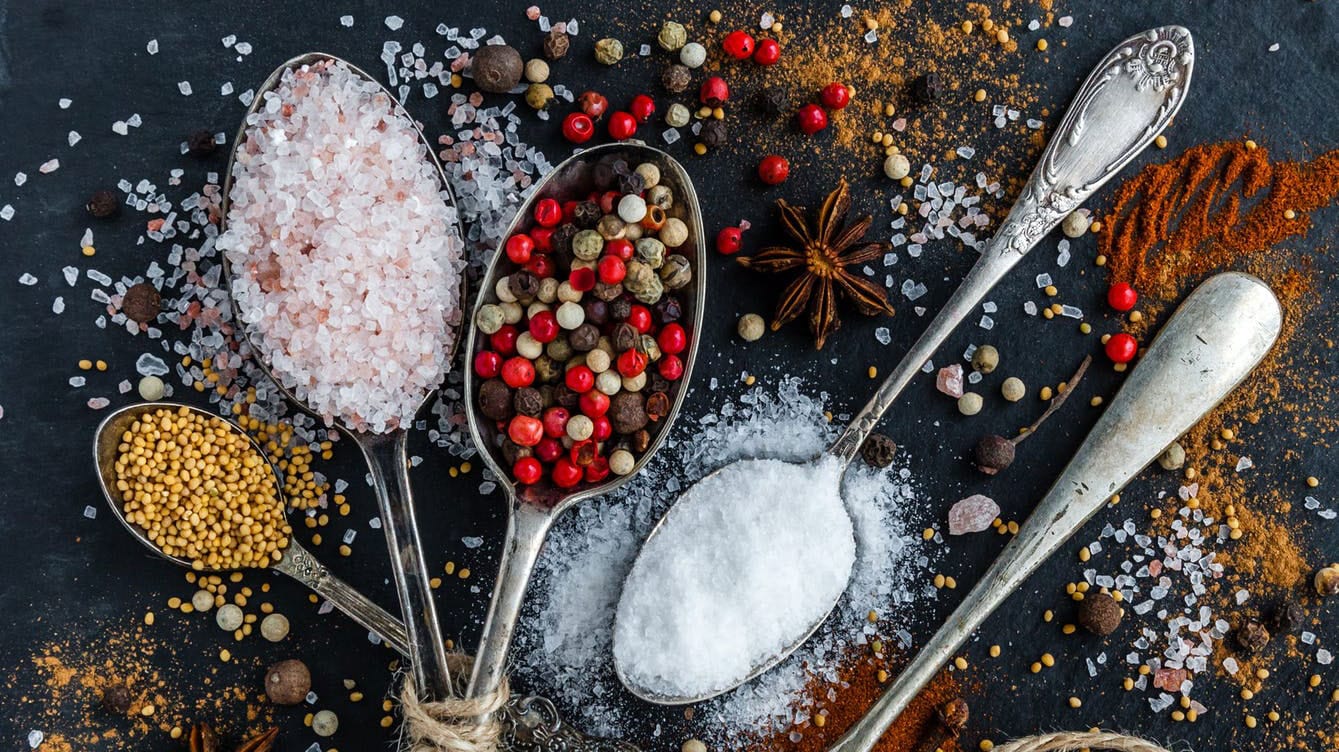 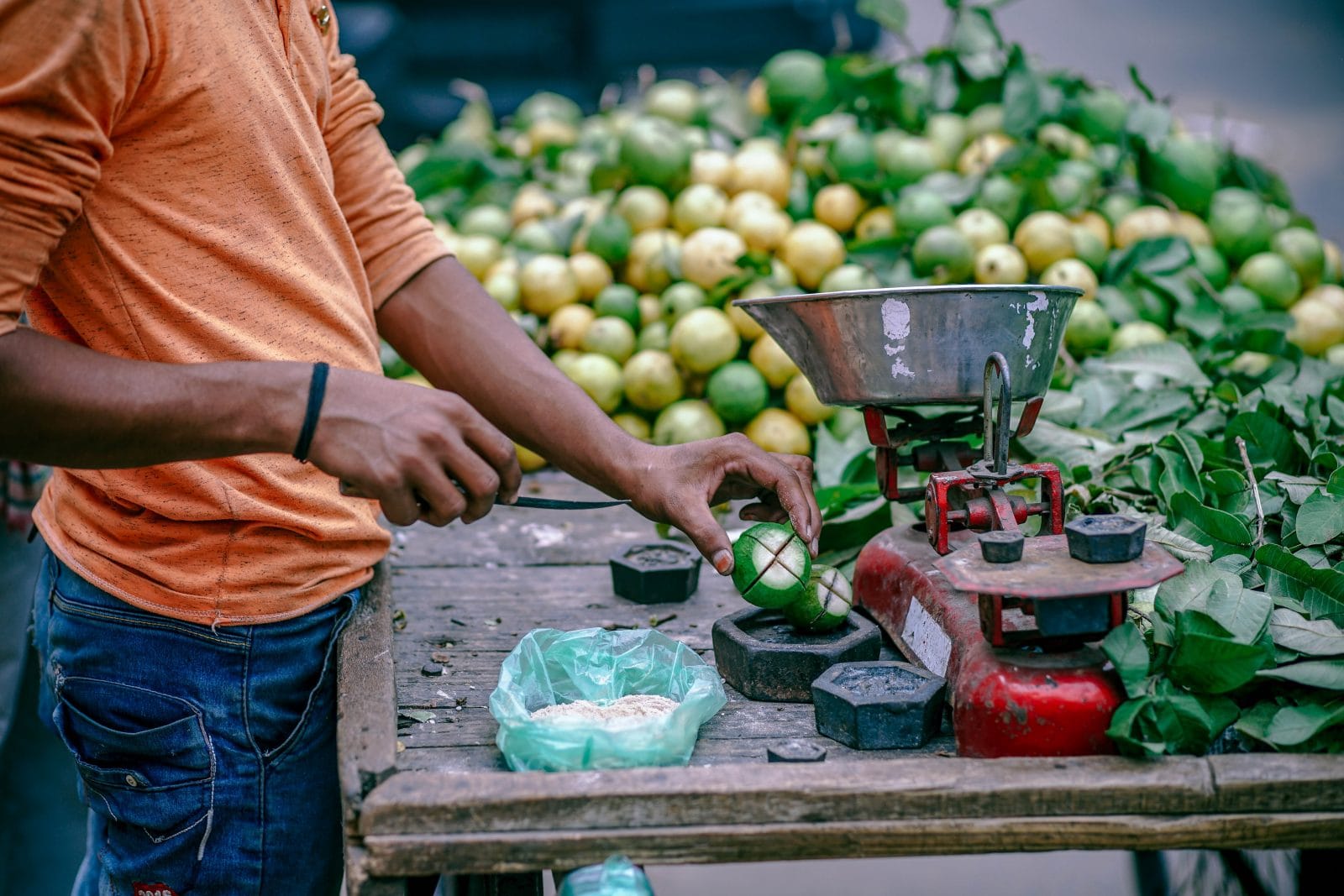 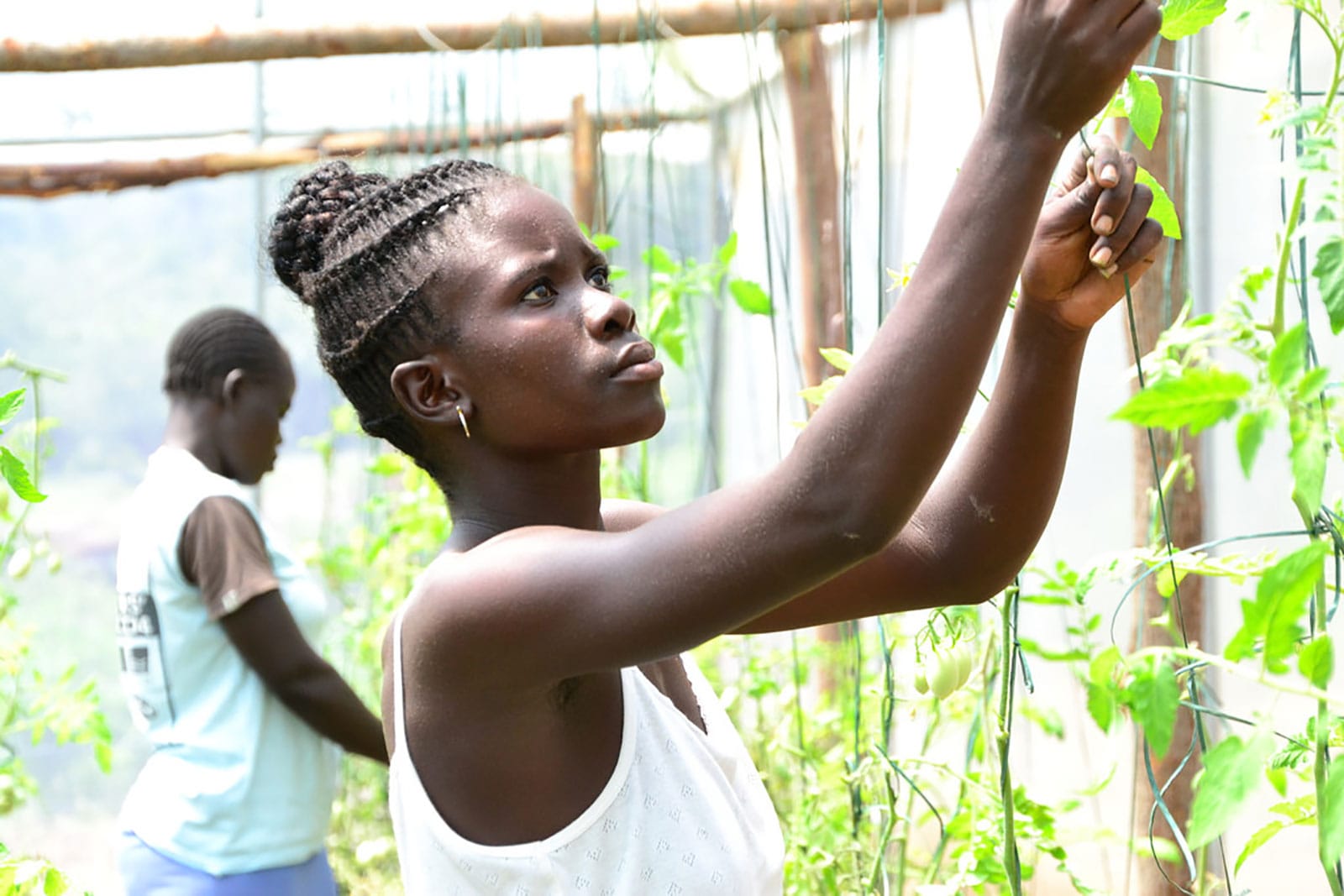