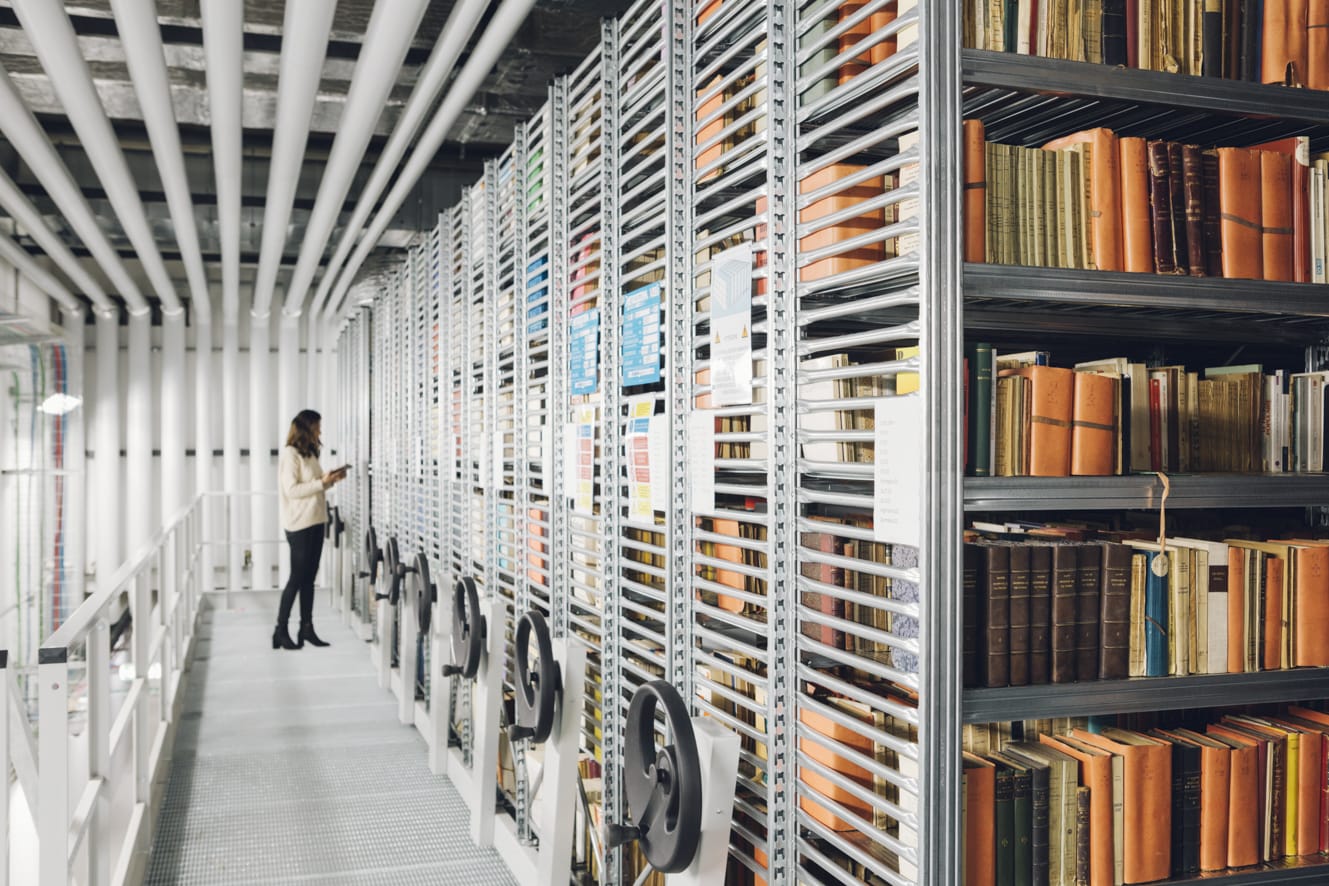 The historic collection preserved by the Foundation is one of the broadest and most detailed in Europe in the fields of history, political, economic and social sciences. The collection contains more than 1,5 million archive pieces, 250.000 volumes, 17.500 periodical newspapers and 14.000 posters.

The archival collection ranges from individual and family archives (the Feltrinelli Family Funds, Angelo Tasca, Pietro Secchia, Rinaldo Rigola, Felice Cavallotti, Leo Valiani) to the records of corporations, institutions and company funds (Biblioteca Istituto Feltrinelli, Giangiacomo Feltrinelli Editore), from a documentary collection (on the Solidarnosc movement and The Prague Spring, the collection about democratic movements in contemporary China, the archive of the New Italian Left, the Spanish civil war, the European Resistance), to posters and affiches (the Italian, French and German revolts of 1948, the caricatures and manifestos of the Paris Commune, the Italian political posters from the post second world war period, the Alberto Sandretti collection of soviet posters).

Born with the aim of collecting the necessary resources for the study of contemporary history and deepening the knowledge of the history of ideas and social movements, the Library was able in a short time to accumulate assets consisting of documents not readily available and establish itself as a center for conservation and research on the political, social, economic and cultural life of modern and contemporary Europe and beyond, continuously broadening its spectrum of interest. Among the special collections of particular relevance and value include monographic and serial collections regarding the Risorgimento, the thought and the works of Marx and Engels, the Revolutions of 1848, English popular radicalism in the nineteenth century, the Paris Commune, pre-revolutionary and revolutionary Russia, the Spanish Civil War, the French Resistance, with particular reference to underground periodicals.

Other important thematic areas are utopian thought, the Enlightenment, the French Revolution and economic thought in the modern and contemporary era. Access to the Fondazione Library is free.

The library contains about 4,500 old and rare works, often first editions, published between the sixteenth and the first half of the nineteenth century, some of which are held in Italy only by Fondazione Giangiacomo Feltrinelli.The oldest volume, printed in Venice in 1509, is the Libro de abacho by Pietro Borghi. Among the most valuable volumes is the 1518 edition of Utopia by Thomas More, first or rare editions of the works of Anton Francesco Doni, Paolo Sarpi, Hugo Grotius, William Petty, John Locke, Thomas Hobbes, Francesco Guicciardini and Pierre Bayle.
The section on the Enlightenment includes the first edition of the Encyclopédie by Diderot and d’Alembert, first or rare editions of the writings of Voltaire, Hume, Condillac, d’Holbach, Adam Smith, Immanuel Kant and Cesare Beccaria.There are numerous works by the physiocrats: Cantillon, Quesnay, Turgot. The collection of the French Revolution includes, among others, rare editions of works by Marat, Saint-Just, Mirabeau and Babeuf. Worth noting, finally, is the entire collection of texts by Karl Marx and Friedrich Engels, from first editions to the most recent.