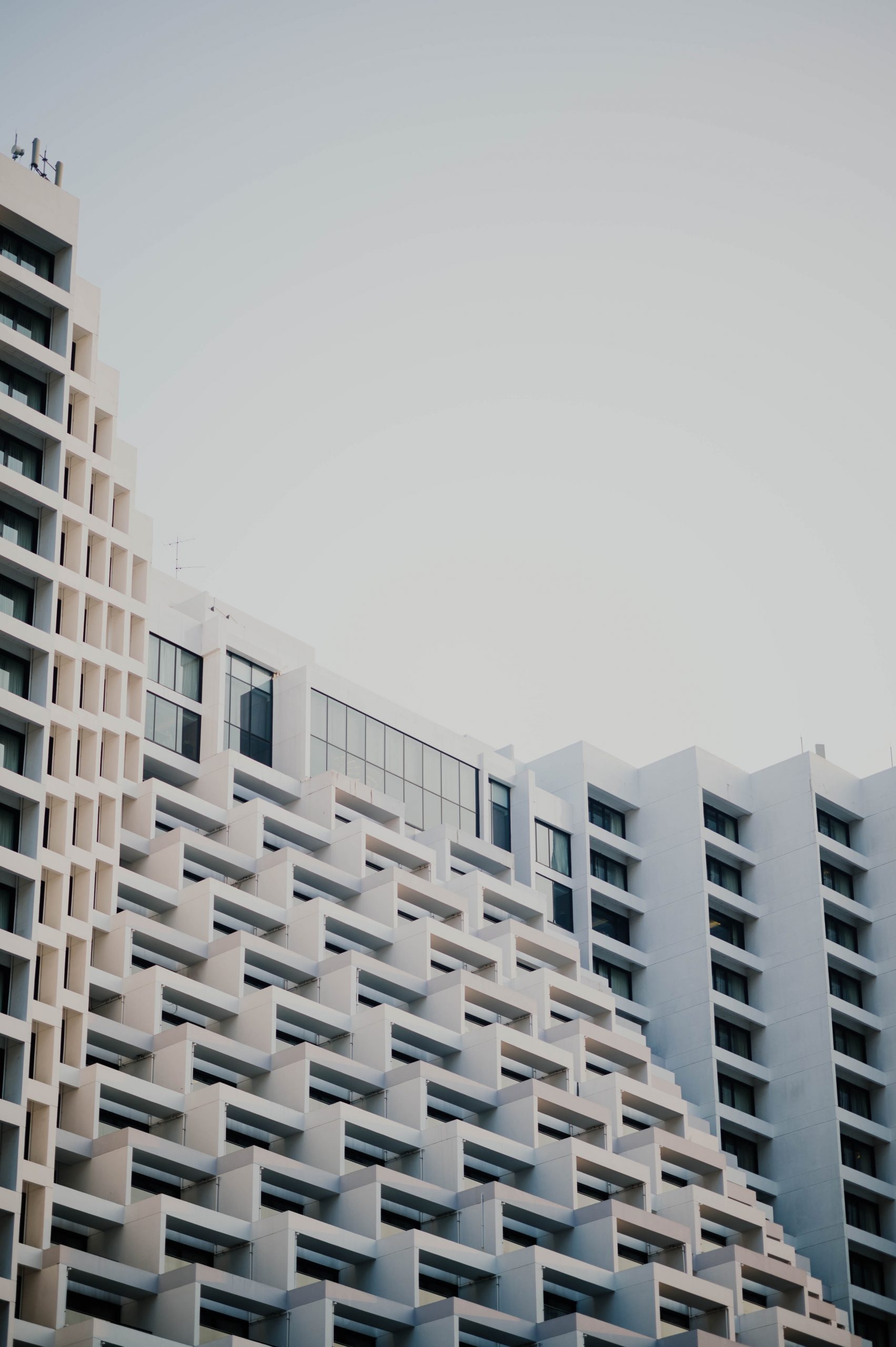 The working group explored radical hypotheses of intervention that would trigger modifications in the highly unequal and path-dependent Italian housing system and its unjust implications for (especially) urban citizens with low incomes and special needs.

The working group considers a priority to increase the supply of social housing at sustainable rents (and therefore non-market rents) to supplement the residual and seriously inadequate contribution of public housing already in existence for the lower income bracket of the population. The proposal is to increase this supply (while preventing soil consumption) through the reuse of the existing abandoned heritage. In order for the proposal formulated to be effectively applied, structural interventions aimed at returning to forms of rent regulation and linear financing of public social housing are indispensable conditions.

The working group has developed a proposal that foresees bottom-up initiatives (entrusted to social movements, informal groups of inhabitants, tenants’ unions, the non-profit sector, cooperatives) for the identification of unused state-owned properties. The properties are transferred, free of charge, to local governments to be allocated to social housing through co-design, self-recovery and cooperative management processes.

The project envisages innovative forms of social housing, based on a social mix: two-thirds at social rents via a ranking system, and one-third for mixed populations of young people (interested in forms of collective housing), the elderly and disabled, with a controlled rent in order to encourage virtuous forms of mutuality.

Ownership is transferred from the state property to the local government in a non-interest-bearing capacity, then granted for one third in usufruct for 99 years to the ad hoc residents’ cooperative, which recovers the disused structure by accessing forms of subsidised credit guaranteed via Recovery Plan or access of EU funding programs (e.g. Renovation Wave, Affordable Housing Initiative) and then via CDP.

The measure also includes a variant aimed at private property, via the introduction of an ad hoc legislative measure, which prevents owners of large buildings (over 5,000 square metres) or areas that have been in disuse for more than 10 years, and with no demonstrable and impending project, from requesting the eviction of the property if it is informally occupied by housing movements, informal actors or the non-profit sector. After 20 years of informal occupation, if the owner does not arrange for the recovery of the building by means of a definite and impending project, the occupants can take possession of it by usucapion if they are constituted as a cooperative of inhabitants, unless the owner stipulates a free-lease agreement for at least 50 years with the same cooperative. In both cases, the mechanism paves the way for a regularisation process similar to the one envisaged in the case of reuse of state-owned property above.

WG report:The participants ranged from academics to activists and professionals in housing matters. The round of presentations by the twelve participants provided a wide range of experiences. Among those, numerous examples of collective housing solutions ranging from new kinds of cooperatives and cohousing (e.g., La Borda in Barcelona, Urban Kibbutz in Israel, Coop Housing in Berlin) to the sharing of collective goods not directly related to housing (e.g. urban gardens in Barcellona Pozzo di Gotto, Sicily; collective take up of a production company in the suburbs of Milan; community management of a park and cascina in the periphery of Rome). Other experiences referred to the role of the State (in its different levels) in the housing system: from inclusionary zoning (as the subsidized housing category in Vienna) to public intermediation on the housing market (such as guaranteed intermediation mechanism for third country nationals in Bologna) or the direct engagement with public housing or public ownership (such as the call for expropriation of big corporate landlords in Berlin). The main weaknesses of these cases regard their suitability for a variety of households and housing needs, their costs (politically or economically) and possible adverse effects, or the conditions for realizing collective ownership and projects. In the discussions that followed each experience, some main themes emerged: affordability, decommodification, collective schemes. Afterwards, the group discussion developed these themes into four different intermediate proposals which each related differently to these macro-themes and coherently addressed the call by Fondazione Giangiacomo Feltrinelli to focus on rental and on the reuse of existing built stock:

Therefore, the proposals encompassed the reuse of vacant private and public properties for a social scope, combined with tax schemes and land-rent value capture, and various attempts to restructure the current ownership structure. The participants engaged in a discussion that, starting from these themes, tried to develop an overall intervention model. All agreed that one of the major boundary objects for kickstarting a social housing policy in a country like Italy is represented by vacant built stock, either public or private. There is much evidence of the presence of a huge stock of unused and vacant public properties (e.g. barracks, public housing dwellings, etc.), as well as private properties. After an intense discussion, the group decided to prioritize the reuse of vacant public properties for social purposes, including the provision of public and affordable housing. However, the domain of “public property” is a broad one: the impact of austerity measures in public policies has triggered a massive privatization process, in which a big part of public properties has been transferred to state-invested (that is, formally private) vehicles with the aim of selling it. Therefore, the group has decided to focus on vacant properties which are still owned by the Agenzia del Demanio, recognized as a central actor at the national level. According to existing legislation, these properties could be transferred for free to local governments, the core actor at the local level, which could turn part of it to public housing and part to free long-term lease and forms of collective ownership (e.g. cooperatives).  Collective ownership would rent within a regulated scheme of social purpose (with affordable rents). In the kickstarting of such initiatives, bottom-up processes would be preferred, and social movements, tenants’ union and non-profit housing actors (e.g. housing cooperatives) would be assigned a protagonist role in individuating the properties and proposing a project. Afterwards, the intervention proposal was enlarged to private unused property, by increasing forms of regulation. A possible slogan/title for the proposal could be “re-public housing,” stressing both the role of the state/administration in steering the process, the focus on reuse and the belief that proper affordable and adequate housing constitute a necessary public good to heal contemporary broken cities. 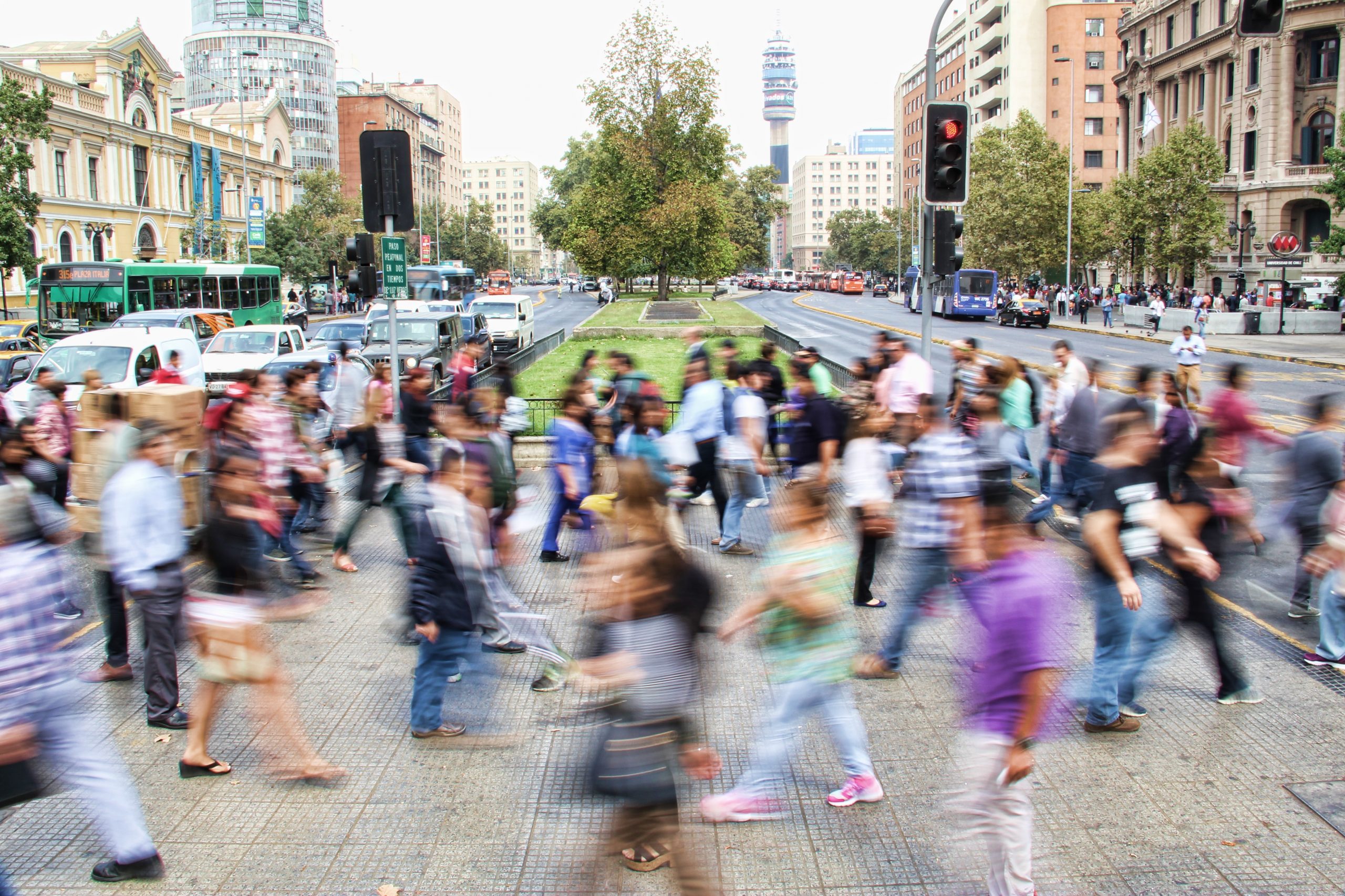 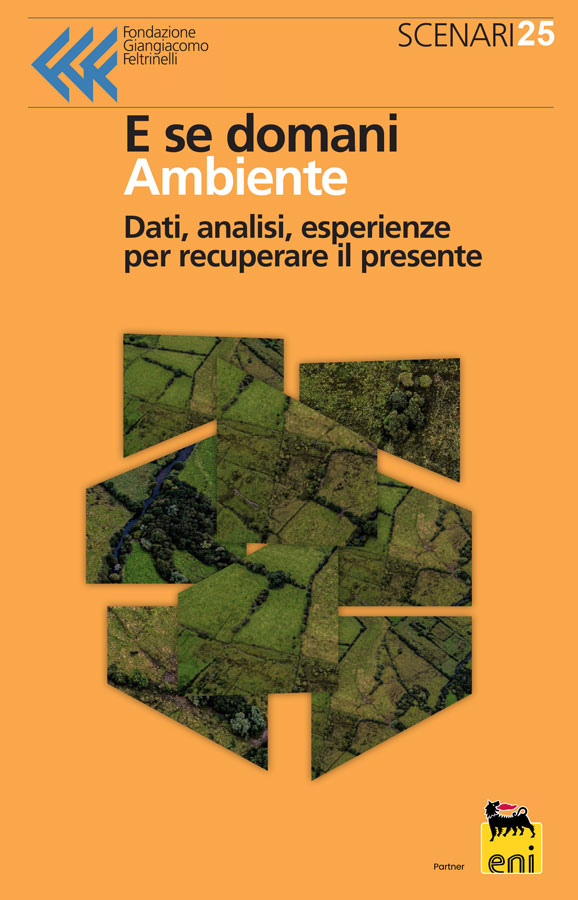 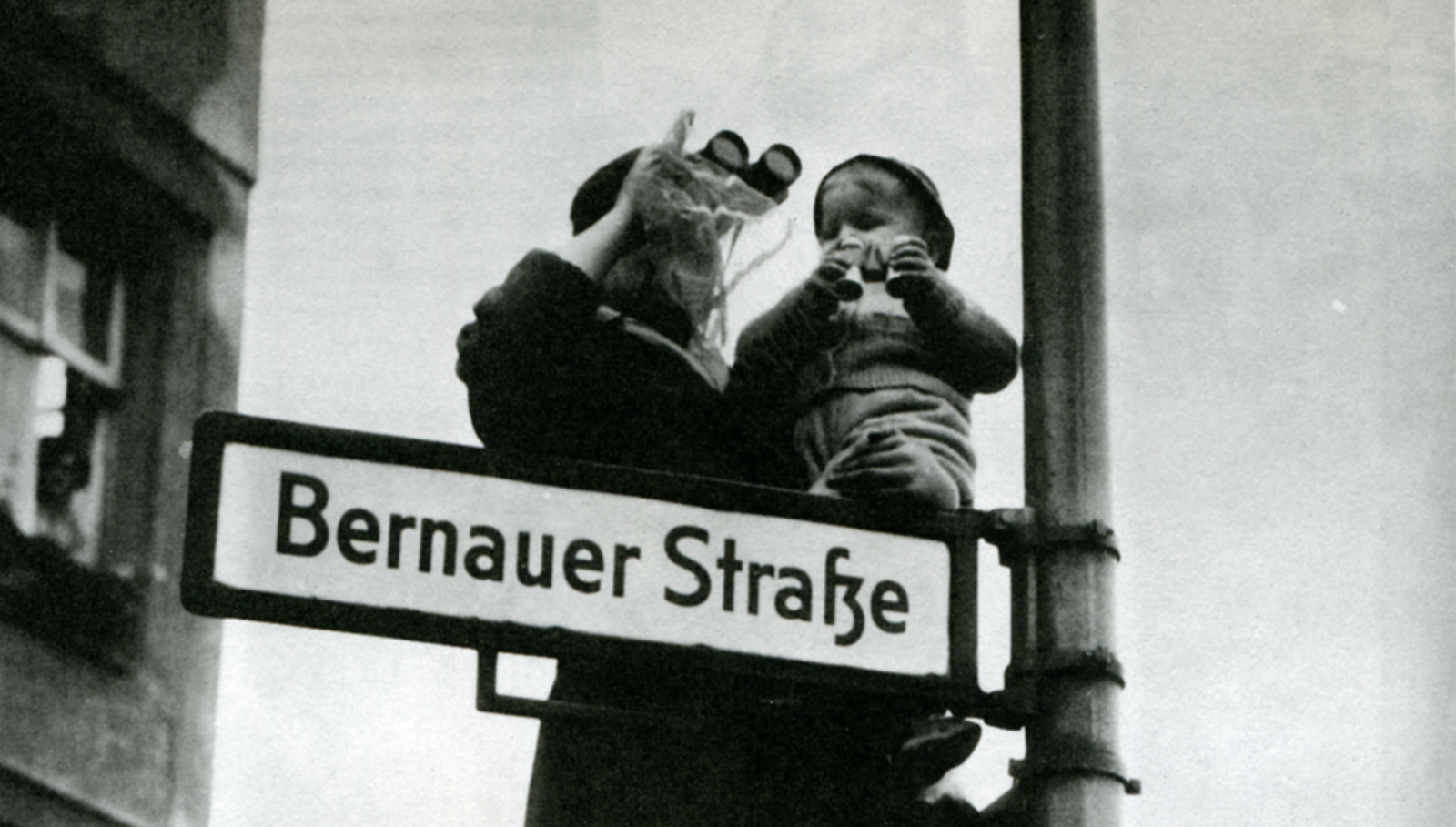 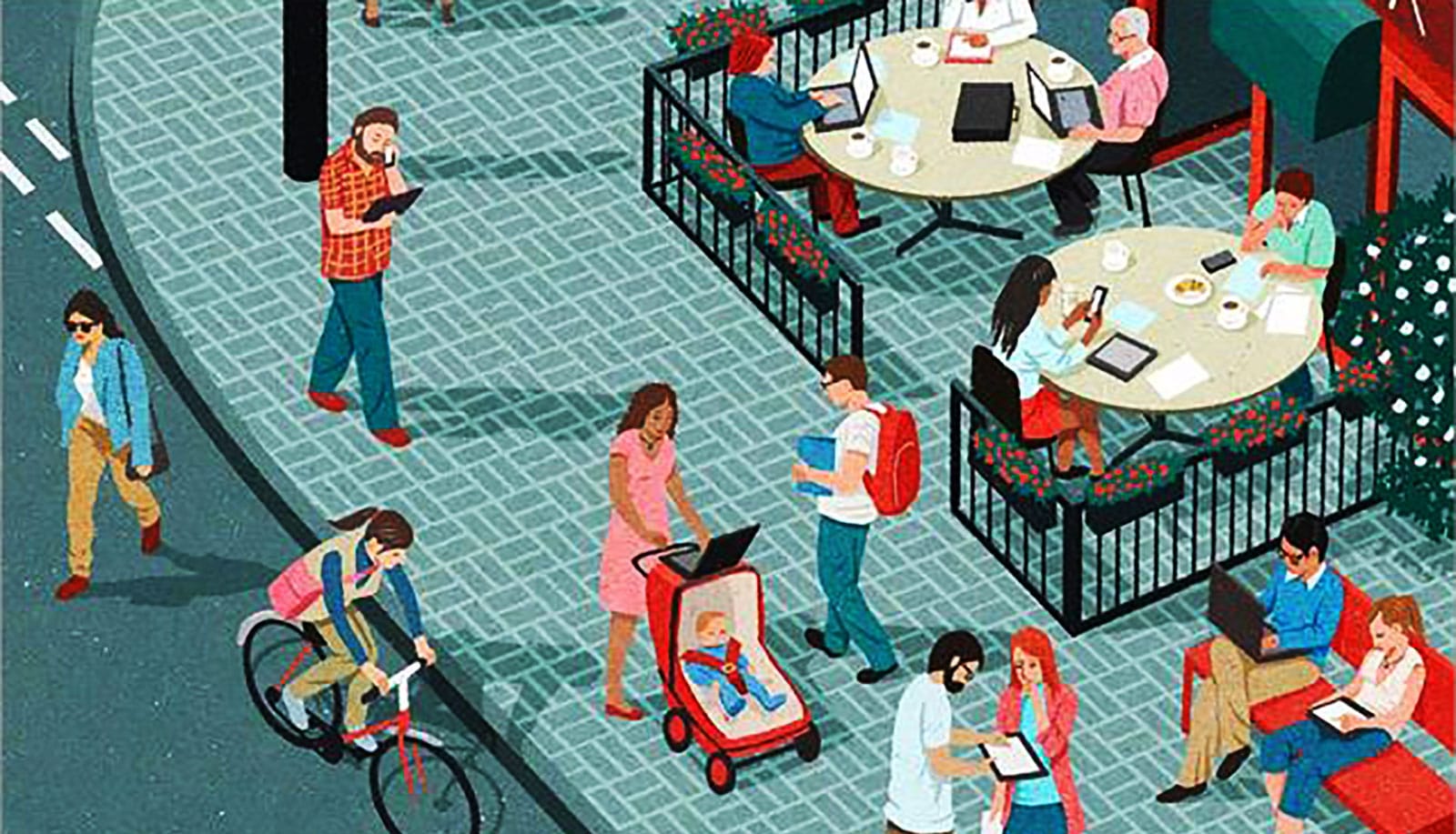